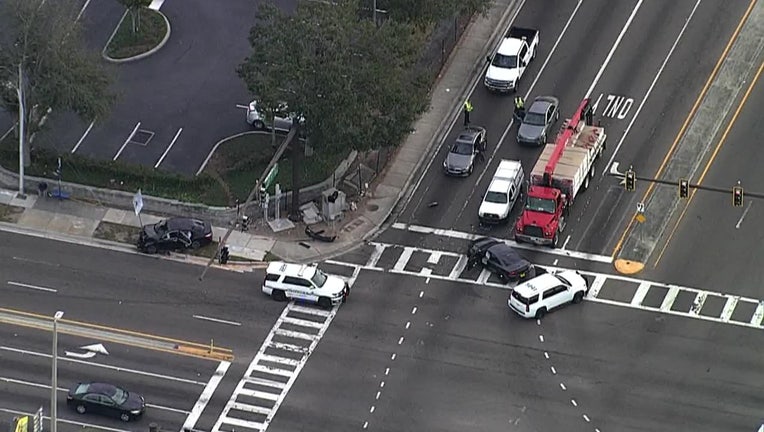 ST. PETERSBURG, Fla. - A deputy was involved in a crash along 22nd Avenue South in St. Pete, according to the Pinellas County Sheriff's Office.

The crash occurred at the intersection of 22nd Ave. S. between 34th Street and Interstate 275 ramps. Officials have closed the westbound lanes. There is o word on when lanes will reopen.

The sheriff's office said the deputy was taken to a nearby hospital with minor injuries. They said the second driver had no injuries.

The view from SkyFOX shows front-end damage to two dark-colored vehicles. A front bumper was seen sitting along a sidewalk.