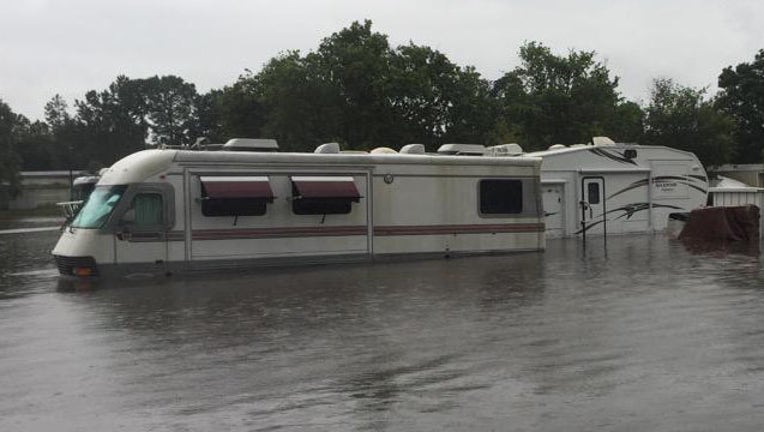 Alternate 19 was closed between Curlew and Alderman because of flooding but was later reopened. The East Lake area of Pinellas County also experienced road closures from flooding. Tarpon Woods Blvd. was closed, along with roads in East Lake Woodlands neighborhood and Ridgemoor.

Three shelters have been opened by the American Red Cross in Pasco and Pinellas Counties.

The Red Cross urges residents going to a shelter to bring the following items:

Anyone bringing pets to the Fasano shelter must bring: