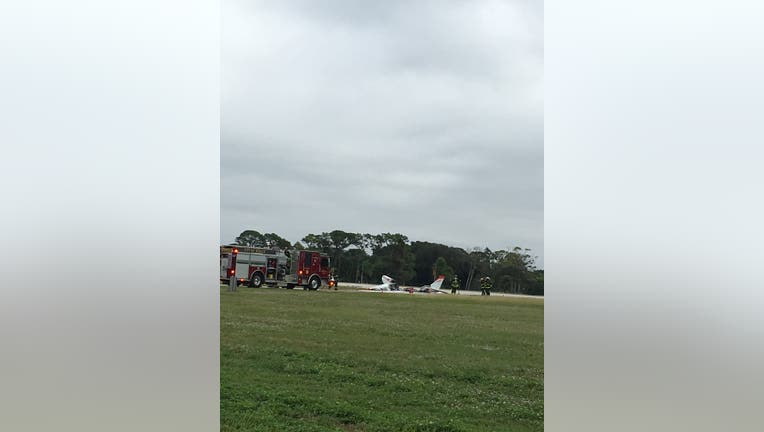 VENICE, Fla. - Two people escaped a small plane just before it went up in flames at a Venice airport Sunday afternoon.

Fire officials say the pilot of the Piper PA-32 Cherokee 6 smelled smoke just prior to takeoff at the Venice Municipal Airport . The plane was engulfed in flames shortly after the two exited, neither were injured.

The Federal Aviation Administration is expected to begin an investigation shortly.