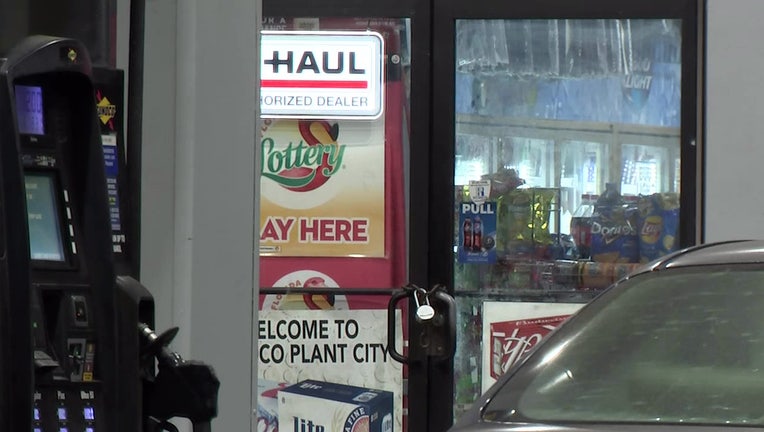 PLANT CITY, Fla. - Police in Plant City are looking for the suspect who shot a gas station clerk during an overnight robbery.

According to police, it was around midnight when officers were called about a shooting at the Sunoco along James Redman Parkway. Two witnesses had found the wounded clerk behind the counter.

The 22-year-old man was taken to the hospital with a gunshot wound to the face. Police say he’s in critical condition but stable.

Police say the clerk had given the suspect the cash he demanded, but the gunman shot him anyway. Surveillance footage showed a male suspect wearing dark clothing with his face covered; no other details were provided.

Anyone with information is asked to contact the Plant City Police Department at 813-757-9200.