PLANT CITY, Fla. - A small part of historic Plant City is getting a fresh coat of paint. Artist Keith Goodson is painting a new mural on the side of the Whistle Stop Cafe, a Plant City institution.

"It's an art form that brings out the essence of Plant City, its past, present and its future," explained Whistle Stop Cafe owner Jerry Lofstrom.

Capturing that essence was a challenge for Goodson, a Highlands County native.

"That’s pretty much all I knew was strawberries equal Plant City," he laughed. "I do a lot of my research. I read a lot and find out what the history is made of. I talk to different people around town."

The mural includes some familiar images, like the Strawberry Festival, city hall, and Henry B. Plant, the city's namesake. 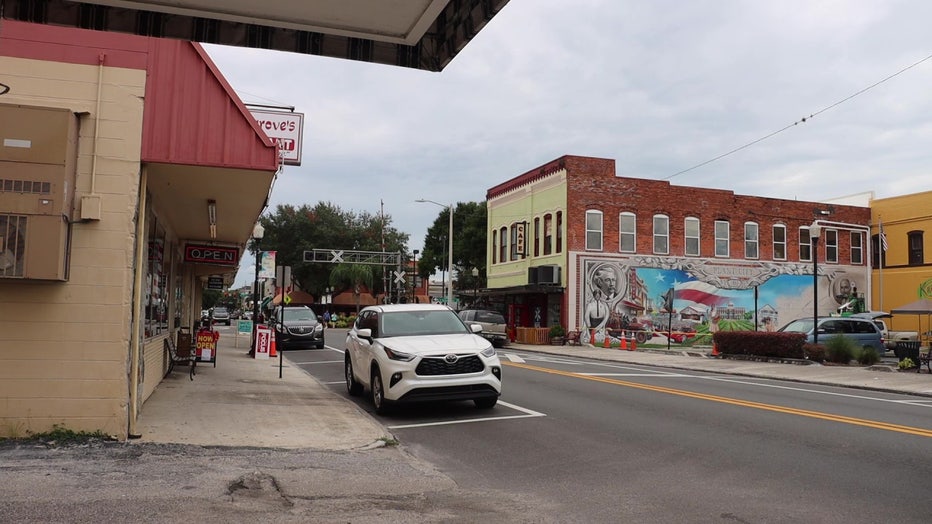 "Everyone thinks we’re about the strawberry plants or something like that. No, it was Henry B. Plant. He brought the railroad to Plant City," stated Vice Mayor Michael Sparkman.

"She would rent out rooms, kind of like a bed and breakfast because the hotels and motels at that time would not allow black occupants," Sparkman explained.

There's also Eli Bing Jr. on the mural. He was Janie Wheeler Bing’s son who served as Hillsborough County's first black commissioner. Lofstrom says it's a piece of art every citizen of Plant City can connect with. 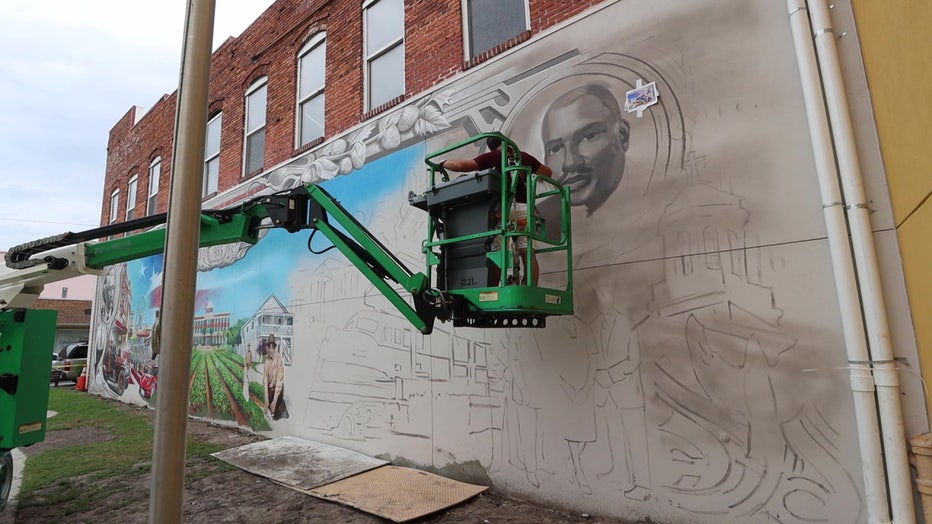 "It's not a look, it’s kind of a feeling because they share their past through the mural."

In the center of the mural stands Lofstrom’s daughter, Sarah. She passed away in a traffic crash in 2015. Sarah was a beloved waitress at the Whistle Stop Café and all of Plant City grieved with the Lofstroms.

"She comes alive through that mural. Her spirit comes alive, and I get to see her every day," says Lofstrom.

"Plant City is exploding," Sparkman said. "We don’t want to lose our character and I think this mural will help us keep that."