PLANT CITY, Fla. - It started as a teaching tool in his classroom, and then the videos posted on TikTok went viral. Plant City high school teacher Casey Hamilton now has four million followers.

“Most people probably know me as @MrHamilton on TikTok,” he told FOX 13 News.

About five months ago, the 24-year-old educator started dabbling with the app, thinking he could use it for student projects.

“It was originally me just doing funny voices and silly stuff,” said Casey. “And then, "pchoo" it just absolutely took off from my tiny little apartment.”

An impression of Patrick Star from "SpongeBob SquarePants" was his first viral video.

What followed were multiple videos achieving more than one million views. 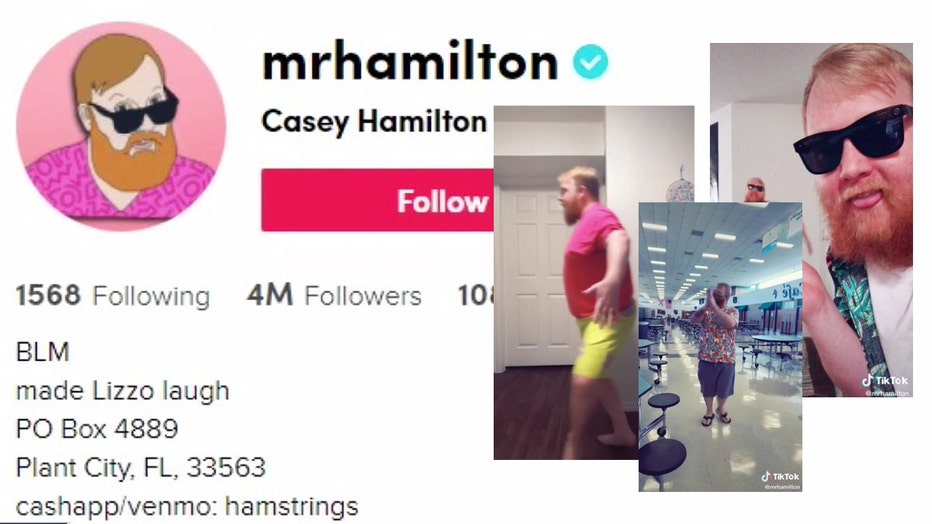 However, it was a video posted by the artist Lizzo that Casey says really changed his life.

“I essentially annoyed a celebrity into noticing me, which is a weird tactic,” he explained. “And she dueted my video which is a huge thing for a celebrity to do, and that day I gained 100,000 followers and got 11 million profile views.”

His account blew up and so Casey kept posting, throwing himself into it.

Last week, Casey was verified on the platform, and Thursday he hit four-million followers.

With so much success on the video-sharing app, Casey is using the support to follow a lifelong dream. This week he took a leave of absence from teaching to try his hand at becoming an entertainer.

“I’ve never been more hungry for anything else in my entire life,” Casey said.

Casey was recently accepted into the TikTok Creator Fund, meaning he now makes money off his videos, and can also financially benefit by posting ads for companies.

Casey hopes his TikTok account and other social media channels can bring about change through positivity.