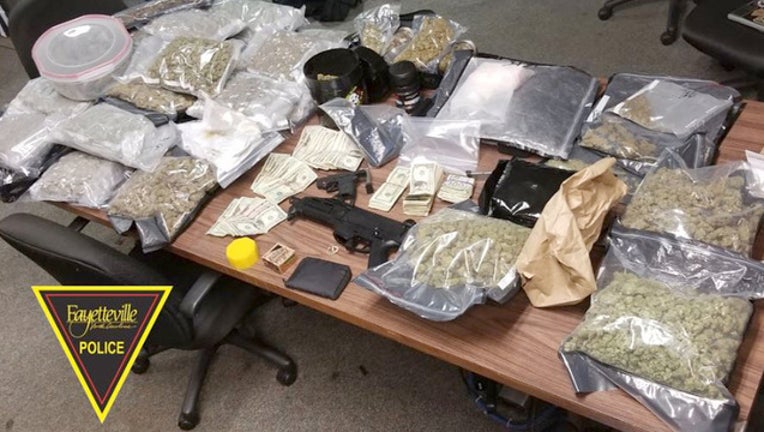 FAYETTEVILLE, NC (FOX NEWS) - Three suspects have been arrested in connection with a drug bust at a home daycare center in Fayetteville, investigators said.

Police have been conducting a month-long investigation that has led to the seizure of up to 300 pounds of marijuana, police said in a statement.

The investigation resulted in police executing a search warrant last Monday. The warrant led to the arrest of Alvin Davis III, 27, who was charged with trafficking cocaine and carrying a concealed weapon, among other charges.

“As the Fayetteville Police Department’s Gang Unit continued this investigation, they executed an additional search warrant at a residence along the 1000 block of Ronald Reagan Drive on Tuesday, July 17, 2018,” investigators explained after discovering a home daycare might be involved.

Officers waited until after the daycare closed so no children were present for the search, according to police. Authorities added that they seized 100 pounds of marijuana, one-half kilogram of cocaine, up to an ounce of heroin, 10 firearms, over $70,000 in cash and a 2013 Audi Q7 SUV.

The investigation remains open and ongoing.