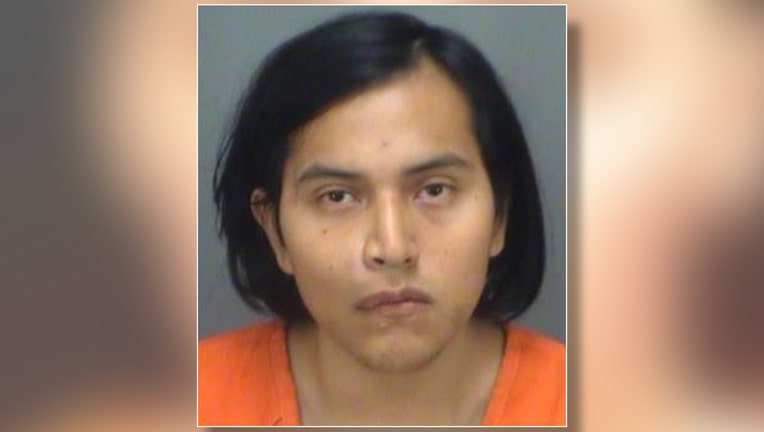 CLEARWATER, Fla. - Clearwater police have charged Joshua Daniel Pena-Cedillo, 22, with felony animal cruelty related after his stepfather said he found the family cat’s severed head on a stick in the backyard.

Officer said Pena-Cedillo told them two versions of how the cat had died -- that he had strangled it or that he had placed it alive in a plastic bag and suffocated it. After that, he said he cut off the cat's head with an ax and then tried to impale it on a stick. When that effort failed, he taped the cat's head to a stick, according to police.

Police said he also cut off the head of a stuffed animal he'd had for years and taped it on to another stick. He said he did these actions so he could show what he was capable of to someone he was living with.

Pena-Cedillo was booked in to the Pinellas County Jail.