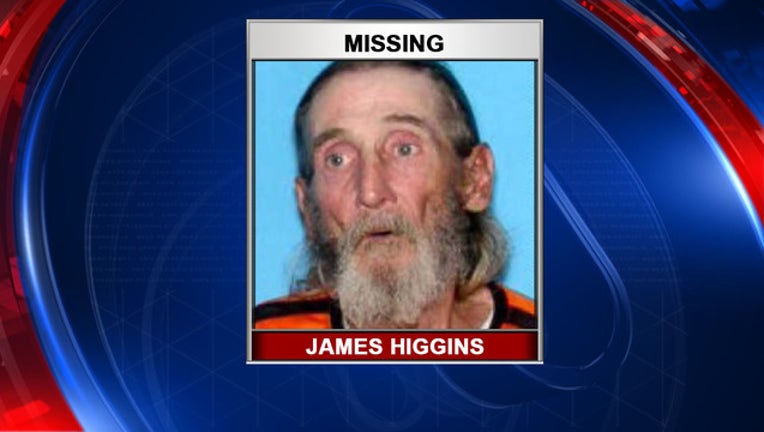 PINELLAS PARK (FOX 13) - UPDATE: James Higgins has been found safe and is back home.

Pinellas Park police are searching for a 57-year-old man they believe is missing and endangered.

James Higgins was last seen in front of his home on Gandy Blvd. in Pinellas Park on Sept. 13. He was waiting outside his home for his wife so they could cross the street and go to a nearby store, a release said.

When his wife returned, Higgins was nowhere to be found.

Police say he has wandered off in the past and was found in Largo. This time, police say he made a statement to his wife about trying to get a ride from anyone who would drive him to Alabama where he is originally from.

Anyone with information on his whereabouts is being asked to call the Pinellas Park Police Department.