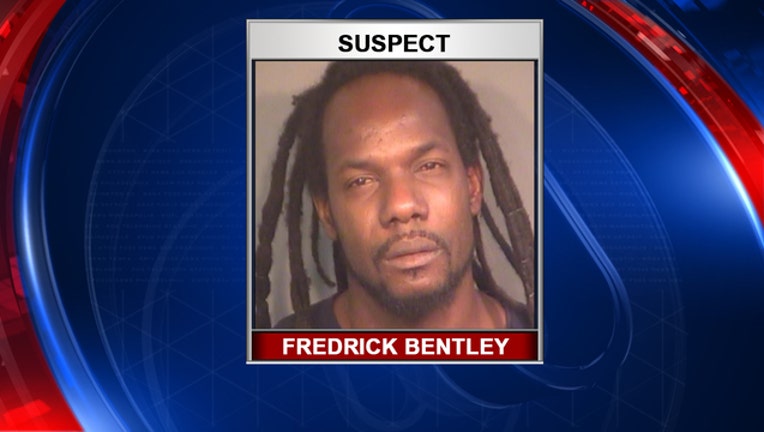 TARPON SPRINGS (FOX 13) - Police officers in Tarpon Springs said they are searching for a homicide suspect.

According to investigators, 27-year-old Tarenzo Smith was found shot in the parking lot of the Sunbay Motel around 4:30 a.m. Saturday.

Witnesses told police that Smith got into an argument with 39-year-old Fredrick Bentley. Investigators said Bentley then got a gun and shot Smith at close range.

Smith was pronounced dead at the scene.

Both men had been staying at the motel, police said. Anyone with information on Bentley's whereabouts is asked to contact Tarpon Springs police at 727-938-2849.