CLEARWATER, Fla. - A quick trip to the store took a terrifying turn Tuesday night for one woman in Clearwater. That’s when police say a man forced the 62-year-old woman at knifepoint out of her car and then took off.

"It's surprising because you automatically always feel safe even though you're always alert," shopper Karen Staelgraeve said.

It happened around 5 p.m. Tuesday in the parking lot of PetSmart near the Clearwater Mall.

"He physically opens her car door yanks her out at knifepoint and takes off in her car. It's a miracle that she wasn't hurt," Clearwater Police Department spokesperson Rob Shaw said.

A witness snapped a photo of the suspect behind the wheel of the stolen car just moments after the carjacking. Police say the car was later recovered.

"This was a very brazen act by somebody who was desperate. Why he needed the car and why he needed to do that we don't know," Shaw said.

After he took off, investigators say he went on a spending spree with the victim's credit card. Surveillance video showed the suspect inside a convenience store shortly after the crime. 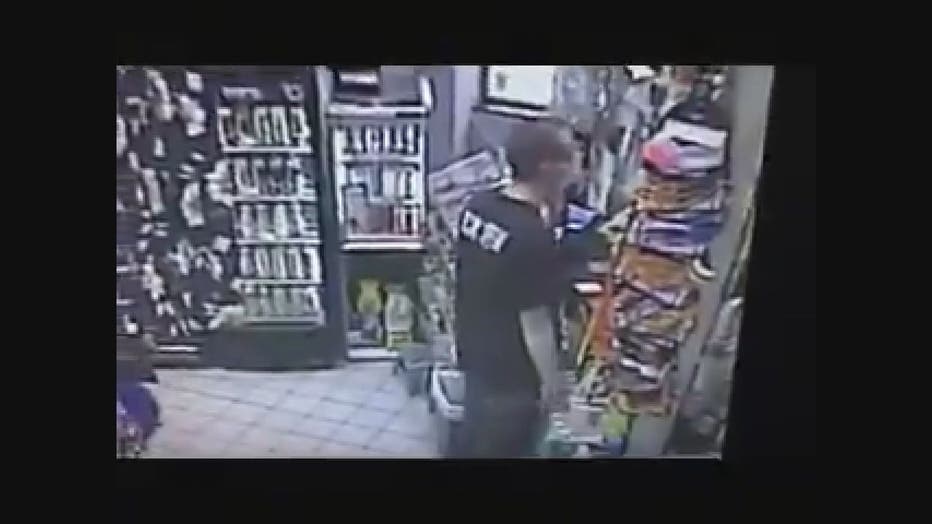 He's described a white man who is 20 to 30 years old, 6 feet tall and 180 pounds with a blonde buzz-cut. At the time, he was wearing jeans and a black t-shirt with the words "local crew" in white lettering on the back.

"Definitely surprising. I come here with my mom all the time. I'm over on the other side of the bay and I would think about some of the areas over there before I would think of there," shopper Kelly Wakefield said.

Just a few stores down, police believe the same man targeted a different woman in the Costco parking lot but took off after the woman screamed. Both women got away unharmed.

The 62-year-old woman's daughter tells FOX 13 she's traumatized, but thankful for the good Samaritans who helped her call 911.

Investigators are asking anyone with information to call Clearwater Police Department.