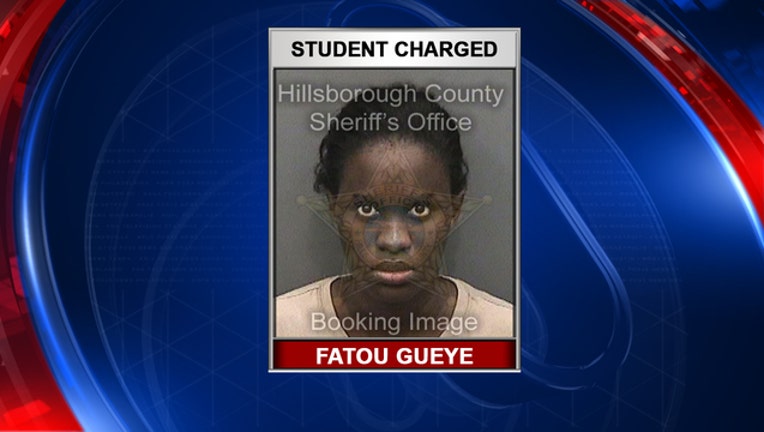 TAMPA (FOX 13) - USF police have arrested the student who claimed she was robbed on campus Tuesday night.  They say she made it up.

Fatou Gueye, 19, said she was walking near the Interdisciplinary Sciences Building when two men approached her and stole her jewelry.

A press release was sent out by campus police with descriptions of the suspects on Wednesday. But during a follow up interview with detectives, Gueye admitted that she falsely reported the crime and no robbery occurred.

USF Police say that Gueye is part of a group of four students who recently reported receiving threatening messages inside their USF residence hall rooms on Election Night, an incident which is still under investigation.

Gueye has been charged with filing a false police report and was taken to the Hillsborough County Jail.