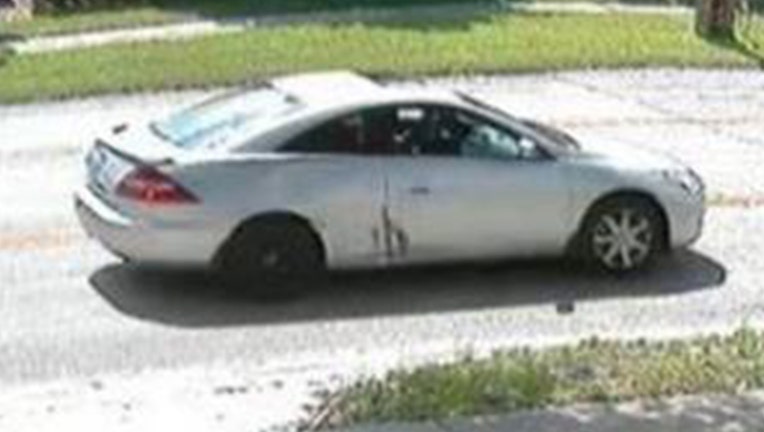 LAKE WALES, Fla. - Polk County deputies say they are searching for the person who shot a 15-year-old in a Lake Wales neighborhood.

The shooting occurred around 3:40 p.m. Tuesday in Hampstead Place. Detectives said the teen was taken to a hospital with non-life threatening injuries.

Deputies released a surveillance image of the suspect vehicle. It's describe as a silver Honda Civic or Accord, possibly a model between the late 1990s to the mid-2000s. The car has damage on its passenger side and a hubcap is missing from the rear passenger side.

Officials said the suspects were described as a black male and black female.