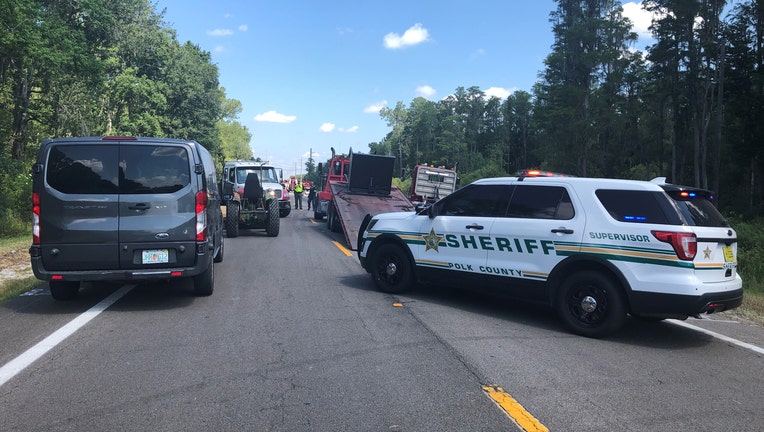 LAKELAND, Fla. - Aaron Michael Russ, 28, of Center Hill, was killed Friday morning in a multi-vehicle crash in Lakeland, according to the Polk County Sheriff’s Office.

Deputies say Russ, who was not wearing a seatbelt, was traveling southbound on U.S. Highway 98, about half a mile north of Lakeland Acres Road, when he drifted into the northbound lanes and side-swiped an international semi-truck and trailer driven by Commie Spead III, 44, of St. Mary’s, Georgia, damaging several tires and rims on the semi-truck and trailer.

Russ traveled further into the northbound lane, striking a semi-truck and trailer driven by Deriel Malagon-Lemus, 37, of Port Richey, just behind the left front tire and causing significant intrusion into the semi-truck’s cab.

Spead and Malagon-Lemus were wearing their seatbelts at the time of the crash, according to PCSO.

The road was closed for approximately six hours and the crash is under investigation.