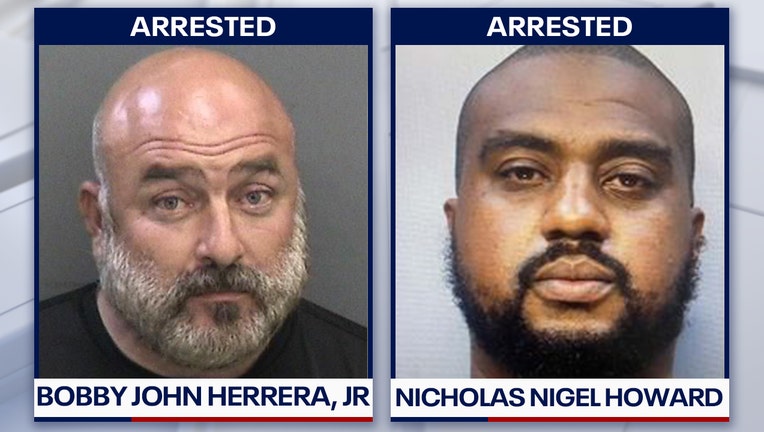 According to officials, the stolen property, in total, was worth nearly $1 million.

During the investigation, officials said they connected 45-year-old Bobby John Herrera, Jr. – who is from West Palm Beach – to three semi-trucks with trailers filled with pallets  They said the pallets were either stolen or burglarized by him. He is the owner of JCI Pallet in Plant City.

Security cameras captured Herrera driving his company's 2015 Freightliner semi-truck onto both facilities and illegally removing semi-trucks filled with wooden pallets. Those stolen trucks were waiting to be delivered to other distribution centers and businesses, detectives said.

Investigators said Herrera "circumvented" security procedures at the Auburndale and Winter Haven locations to gain access and steal the trucks.

When detectives interviewed Herrera at his Plant City business, they showed him one of the security videos. According to officials, Herrera said, "That looks like me." He was arrested in September.

Polk detectives said between May and July, both suspects "planned and coordinated the theft of 25 semi-trailers which contained almost 5,000 wooden pallets…The victims of Herrara’s and Howard’s organized cargo theft conspiracy were Saddle Creek Logistics, Walmart, 48Forty Solutions, and Monison Pallets."

Officials said all of the stolen trailers were recovered.

"Additionally, a business in Alabama, Smith and Company, had hired Herrera to deliver pallets to Saddle Creek Logistical Solutions," according to a news release by the sheriff's office. "Herrera never delivered the product. Instead, he submitted a fraudulently signed bill of ladings (detailed shipment of goods delivered) and invoices for pallets never delivered."

Both men were arrested.

"My detectives, in partnership with the Plant City Police Department, did an outstanding job investigating this organized crime enterprise," Sheriff Grady Judd said in a statement. "This type of theft negatively impacts the consumer when businesses have to raise costs to account for this type of loss. We will work hard to make sure Herrera and Howard are held accountable for these cargo thefts. They won’t have the opportunity to steal while they are in prison."