Polk County deputies say the man grabbed a bottle of Pepsi, then tried to flee the store without paying. When he got locked inside, the man persistently tried to escape with his beverage.

MULBERRY, Fla. - Deputies in Mulberry arrested a man who caught on camera persistently trying to leave a convenience store without paying for a Pepsi.

The footage showed a man, identified by deputies as 49-year-old Gabriel Tillman, grabbing a bottle of Pepsi from inside the gas station on Thursday.

The man then tried to walk out the door without stopping to pay for the drink.

A cashier noticed what he was trying to do and pushed the lock button on the door. 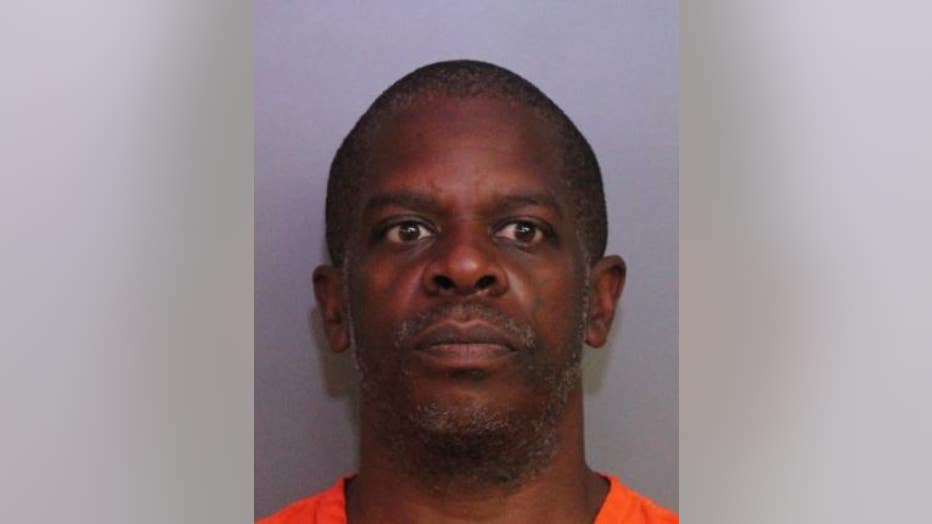 Realizing he couldn't get out, the man began ramming his body against the door several times to push it open. At one point, he grabbed a fire extinguisher and slammed it against the glass door.

The sheriff's office said the cashier then decided to unlock the door because he worried the store would get damaged.

Tillman then left with his stolen Pepsi, investigators said.

Deputies who responded to the theft found Tillman two blocks away from the store, drinking his soda.

When the deputy asked him if he knew what was going on, Tillman replied, “Possibly.”

He was taken into custody and charged with grand theft of a fire extinguisher, petit theft and criminal mischief.