VATICAN CITY - Pope Francis celebrated his 85th birthday on Friday, a milestone made even more remarkable given the coronavirus pandemic, his summertime intestinal surgery and the weight of history: His predecessor retired at this age and the last pope to have lived any longer was Leo XIII over a century ago.

Yet Francis is going strong, recently concluding a whirlwind trip to Cyprus and Greece after his pandemic-defying jaunts this year to Iraq, Slovakia and Hungary. He has set in motion an unprecedented two-year consultation of rank-and-file Catholics on making the church more attuned to the laity, and shows no sign of slowing down on his campaign to make the post-COVID world a more environmentally sustainable, economically just and fraternal place where the poor are prioritized.

"I see a lot of energy," said the Rev. Antonio Spadaro, one of Francis’ trusted Jesuit communications gurus. "What we’re seeing is the natural expression, the fruit of the seeds that he has sown."

But Francis also is beset by problems at home and abroad and is facing a sustained campaign of opposition from the conservative Catholic right. He has responded with the papal equivalent of "no more Mr. Nice Guy." 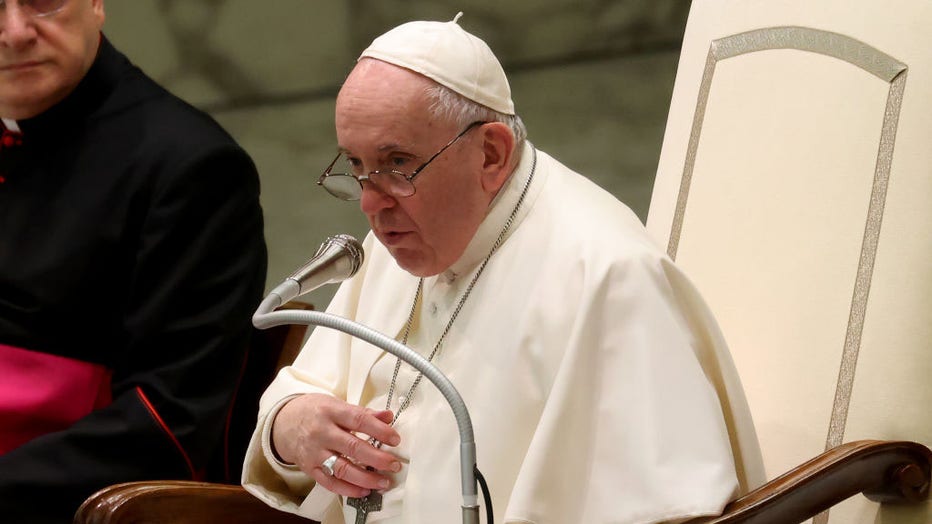 After spending the first eight years of his papacy gently nudging Catholic hierarchs to embrace financial prudence and responsible governance, Francis got tough this year, and appears poised to keep it that way.

Since his last birthday, Francis ordered a 10% pay cut for cardinals across the board, and slashed salaries to a lesser degree for Vatican employees, in a bid to rein in the Vatican’s 50-million-euro ($57 million) budget deficit. To fight corruption, he imposed a 40-euro ($45) gift cap for Holy See personnel. He passed a law allowing cardinals and bishops to be criminally prosecuted by the Vatican’s lay-led tribunal, setting the stage for the high-profile trial underway of his onetime close adviser, Cardinal Angelo Becciu, on finance-related charges.

Outside the Vatican, he hasn’t made many new friends, either. After approving a 2019 law outlining the way cardinals and bishops could be investigated for sex abuse cover-up, the past year saw nearly a dozen Polish episcopal heads roll. Francis also approved term limits for leaders of lay Catholic movements to try to curb their abuses of power, resulting in the forced removal of influential church leaders. He recently accepted the resignation of the Paris archbishop after a media storm alleging governance and personal improprieties.

"In the past year, Pope Francis has accelerated his efforts at reform by putting real teeth into the church’s canon law regarding finances," said the Rev. Robert Gahl, director of the Pontifical University of the Holy Cross’s Program of Church Management.

"While celebrating his birthday, Vatican watchers are also looking for more concrete signs of compliance regarding the pope’s new rules, especially from those who report directly to him within the Vatican," he said in an email, noting that a change in culture is needed alongside Francis’ new rules and regulations.

Despite Francis' tough line, he nevertheless got a round of birthday applause Friday morning from Holy See cardinals, bishops and priests who joined him for an Advent meditation.

But if there was anything Francis did this past year that riled his critics, it was his July decision to reverse his predecessor, Pope Benedict XVI, and reimpose restrictions on celebrating the old Latin Mass. Francis said he needed to take action because Benedict’s 2007 decision to allow freer celebration of the old rite had divided the church and been exploited by conservatives.

"Some wanted me dead," Francis said of his critics.

Pope Francis called on governments to work together to tackle climate change on October 9 as he hosted lawmakers who were in Rome for a two-day preparatory meeting for the annual United Nations Climate Change Conference. (Credit: Vatican News via Storyful)

Speaking with his fellow Jesuits in Slovakia in September, Francis confided that he knew his 10-day hospital stay in July for surgery to remove 33 centimeters (about 13 inches) of his large intestine had sparked momentum among conservative Catholics eager for a new pope.

"I know there were even meetings among priests who thought the pope was in worse shape than what was being said," he told the Jesuits, in comments that were later published in the Vatican-approved Jesuit journal La Civilta Cattolica. "They were preparing the conclave."

That may not have been the case, but if history were any guide, those priests might not have been wrong to have at least discussed the prospect.

Benedict was 85 when he resigned in February 2013, becoming the first pope to step down in 600 years and paving the way for Francis' election. While enjoying robust health at the time, Benedict said he simply didn’t have the strength to carry on.

Early on in his pontificate, Francis predicted a short papacy of two or three years, and credited Benedict with having "opened the door" to future papal retirements.

But the Argentine Jesuit made clear after his July surgery that resigning "didn’t even cross my mind."

That is welcome news to Sister Nathalie Becquart, one of the top women at the Vatican. Francis tapped her to help organize the two-year consultation process of Catholics around the globe that will end with a meeting of bishops, known as a synod. She knows well what the pope is up against as he tries to remake the church into a less clerical, more laity-focused institution.

"It’s a call to change," she told a conference this week. "And we can say it’s not an easy path."