Shipping containers open Tampa to a world of possibilities

TAMPA, Fla. - They’re colorful, they’re big, and they’re an important part of our local economy: If you've ever driven past Port Tampa Bay or looked out from our beaches, you've probably noticed all the huge ships filled with containers.

The director of Tampa’s port says those container ships are a new line of business, opening Tampa Bay to the world.

“They begin their journey in Asia. They end up here dropping off cargo in Tampa,” port CEO Paul Anderson explained. “I believe cargo is now the currency of our world. Without cargo, you can’t do anything. Especially as we come up on the Christmas season.”

The ships sail global ocean routes for three different carriers, ferrying everything from furniture to electronics.

Tampa’s port may have seemed emptier lately, without all of those cruise ships steaming in and out. But in other ways, it’s been business as usual.

Installation of those new towering cranes was part of the investment that allowed the port to take advantage of the additional business.

“Many people have seen these post-Panamax cranes that came in through the Panama Canal and are now here at the port. We needed those cranes to be able to handle the bigger ships that were coming into the Gulf of Mexico. 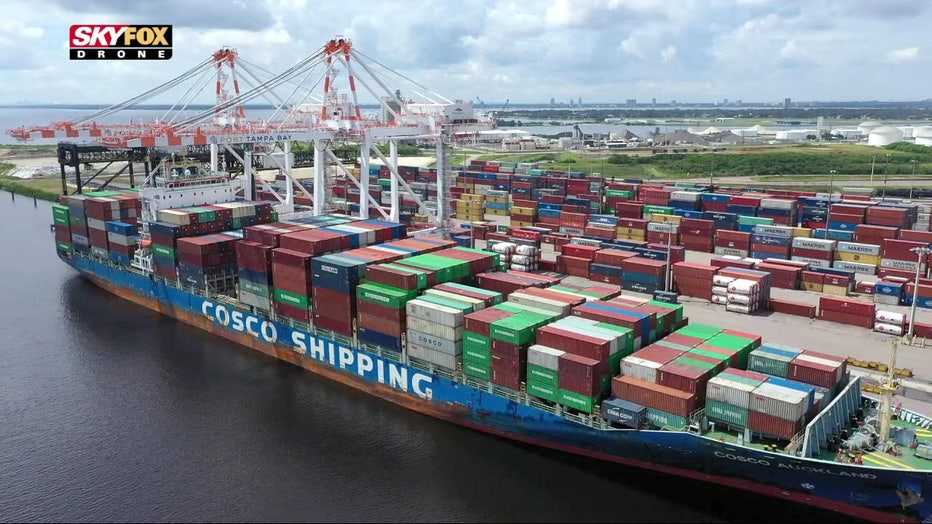 The port also expanded form 40 acres to 80 acres to better handle the giant ships and their cargo.

“No matter who you are, the little boy in me comes out when I see these huge container ships come in carrying 10,000 containers in to our port. They’re the largest ships ever to come into Port Tampa Bay,” Anderson added. “To see these ships is just something everybody should be able to see once.”

Behind the scenes at the Port of Tampa

Cruises are the part of the Port of Tampa many know well. But there is so much more going on dockside. We spent four months behind the scenes, learning how the port's many tentacles touch our lives.