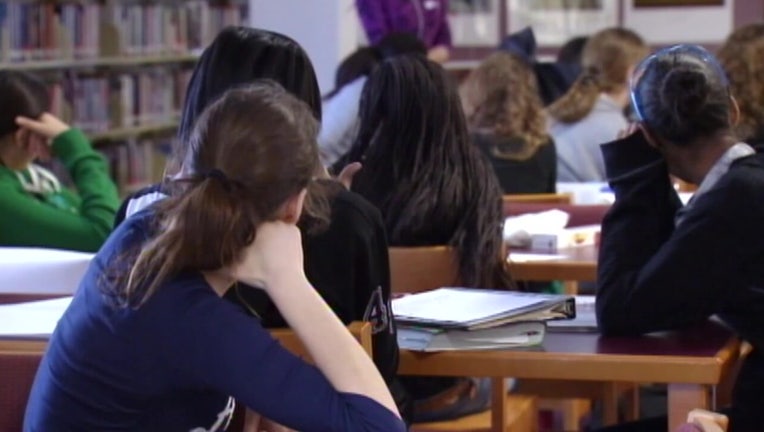 "In the classroom, clearly, the textbook isn’t enough. The instruction in the classroom isn’t enough. What our children need to understand what happens to victims of communism, what happened in the Holocaust, is to hear it from survivors," Sprowls told reporters after a news conference on the steps of the Old Capitol.

Sponsored by Rep. Ardian Zika, R-Land O’ Lakes, and Sen. Ana Maria Rodriguez, R-Doral, the proposals (HB 5 and SB 1450) are dubbed the "Portraits In Patriotism Act." The identical bills aim to bolster civics education, in part by directing the Department of Education to curate a video library sharing first-person accounts of people who lived under foreign governments.

"Many people have fled dictatorships in places like Cuba and Venezuela and have found a beacon of light in America and here in Florida," said Zika, who was born in the former Yugoslavia.

Studies show students nationwide have learned less this school year, relative to other years, because of the pandemic. Some Florida lawmakers are considering whether there should be options for parents and students to minimize the impacts, long-term.

Zika’s measure was approved unanimously Thursday by the House Secondary Education & Career Development Subcommittee Thursday, but it faced some questions from Democrats.

Rep. Anika Omphroy, D-Lauderdale Lakes, told Zika she is a first-generation American and asked whether the bill will address teaching the "dark" parts of U.S. history.

Zika, who described himself as an "ethnic Albanian from a Muslim community that was persecuted" in Yugoslavia, told Omphroy and other lawmakers skeptical of his proposal that it was written broadly enough to allow diverse stories.

"We must recognize our dark past, and the way we overcome darkness in any society, anywhere around the world (is) by bringing light. By bringing truth," Zika said.

A proposal is advancing in the House that would allow high-performing students who live outside of Florida to pay in-state tuition rates at public universities if their grandparents reside in the Sunshine State.

Others pressed Zika on whether the bill is needed for Florida civics education and whether the information is covered in other public school curriculums.

"Aren’t they going to learn that somewhere else in the curriculum? Why is it necessary in the civic curriculum?" Rep. Christopher Benjamin, D-Miami Gardens, asked.

"We have to teach the civics component, but also teach the darkness of communism as an ideology," Zika responded.

The measure would require courses teaching U.S. government in public schools to include "a comparative discussion of political ideologies, such as communism and totalitarianism, that conflict with the principles of freedom and democracy essential to the founding principles of the United States."

They aren't old enough to drive, but students at Azalea Middle School in St. Petersburg are getting a unique opportunity to become certified in drone flight and safety.

During the morning news conference Thursday with the non-profit group Victims of Communism Memorial Foundation, Rodriguez spoke of being part of a family that left Cuba.

"I’m also a victim of communism, even though I was born in the United States of America and I am blessed to be an American citizen. My parents and grandparents fled and left everything they had behind coming in search of freedom," Rodriguez said.

Several Floridians told stories during the news conference of immigrating to the U.S. and later testified to the House panel, warning of what they characterized as horrors brought on by communist and socialist governments.

Gustavo Tefel, a 55-year-old from Nicaragua, told lawmakers he is in America seeking refuge for a second time.

"My son is actually the same age that I was in the 1980s when I had to seek refuge here in this country for the first time. So, somehow we have to break that cycle that keeps repeating itself," Tefel said.