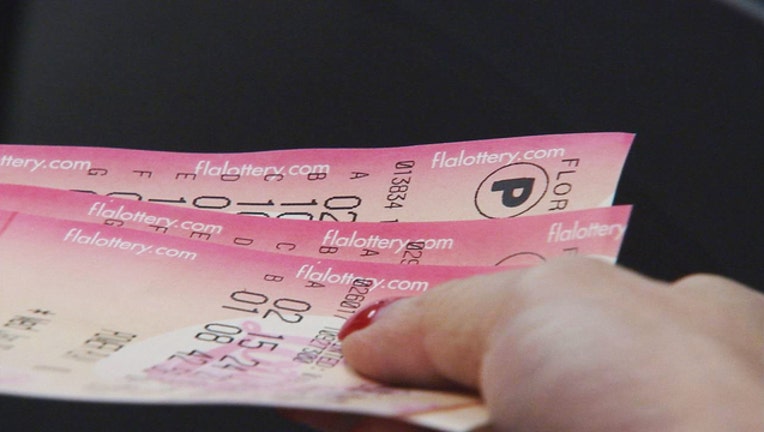 DES MOINES, Iowa (AP) — With up to $1.4 billion at stake in Wednesday's Powerball, questions about the drawing seem to be as abundant as the convenience-store kiosks offering tickets for the record-breaking jackpot.

The inquiries include many myths and misconceptions about the winners, the prize money and the system that decides them. A look at some of the most common questions:

WHY ARE ALL THE JACKPOT WINNERS FROM CERTAIN STATES?

Officials with the Multi-State Lottery Association, a group of state lotteries that oversee Powerball, said this is one of the most frequent complaints.

It's "human nature to think the other guy is winning," said Sally Lunsford, public affairs director for the Kansas Lottery.

It's also wrong, though there are anomalies.

For example, in the past two years, Missouri and Tennessee have each been home to three Powerball jackpot winners, while New York, the nation's fourth most populous state, has only had one winner during that span.

Lottery officials, backed by mathematicians, said probabilities equal out over time, but in shorter periods, oddities can occur, in the same way someone could flip a coin and get heads five times in a row.

THE POWERBALL JACKPOT OVERSTATES THE WINNINGS.

There's more of a rationale behind this claim. The jackpot is the amount paid out over 30 years and not the amount a winner could receive immediately. So while the current jackpot is listed at $1.4 billion, a sole winner would only get that much if the person received 29 annual payments. Winners can also choose the cash prize, which is the total amount currently up for grabs, but that is "only" $868 million.

Gary Grief, executive director of the Texas Lottery, responded that Powerball prominently displays both the annuity and cash prize figures. The bigger number gets more attention, and Grief said lotteries have taken that approach for decades.

"When the prize gets so big, the critics come out as well," he said.

One of the most persistent misconceptions, officials said, is that winners risk tax trouble if they opt for an annuity but die before all 29 payments are made.

Terry Rich, chief executive of the Iowa Lottery, said he's heard this one frequently and repeatedly explains that if someone dies, that person's estate will treat the annuity like any other asset. A winner's heirs may choose to cash in an annuity and then pay taxes on the money, but that's a choice they must make.

Investment planners note, however, that when winners choose how to receive their money, they should consider their age and whether they mind if some of the cash remains out of their reach and goes to their heirs instead.

THE ODDS OF WINNING THE JACKPOT ARE WORSE THAN IN THE PAST.

This is true, as the Multi-State Lottery Commission last fall added more numbers to choose from. The new system changed the odds from 1 in 175 million to 1 in 292.2 million. But far from hiding the change, the organization trumpeted it as part of an effort to build larger jackpots while also giving away more prizes of $2 million or less. Without the change, it's unlikely a jackpot would ever come close to the current $1.4 billion, or $868 million cash prize.

THE SMALLER THE JACKPOT, THE BETTER THE ODDS.

This is false. Your odds for each ticket are 1 in 292.2 million regardless of the jackpot size or how many other people play. If you buy more tickets, your odds increase, but they're still woefully small.

However, it's true that as jackpots increase, more people typically play the game. And the more tickets that are purchased, the greater the chance that there will be multiple winners.

But this all largely misses the more important fact: The chances of winning are incredibly remote, so it makes little difference whether you'd have to share the money.

WHAT ABOUT OTHER USES FOR SUCH A VAST SUM OF MONEY?

The Powerball prize has grown so large that Gerald Prante, an economics professor at Lynchburg College in Lynchburg, Virginia, has determined that a single winner would likely be among the top 100 income earners in the nation for 2016.

That has made some people uneasy about so much money going to one person when it might be better spent on public needs. But when weighed against typical government spending, the $1.4 billion looks like a more modest amount. By comparison, California Gov. Jerry Brown last week proposed a $122.6 billion general fund budget for the nation's most populous state.