A litter of tiny prairie dog pups emerged from their burrows and explored their habitat at the Maryland Zoo in Baltimore for the first time.

BALTIMORE - A litter of black-tailed prairie dog pups has started to emerge from their burrows at a zoo in Maryland.

According to zookeepers at the Maryland Zoo in Baltimore, female prairie dogs usually have one litter of three to four pups each year.

The pups are born blind and hairless, leaving them totally reliant on their parents for survival. They remain underground for about the first six weeks of their lives. 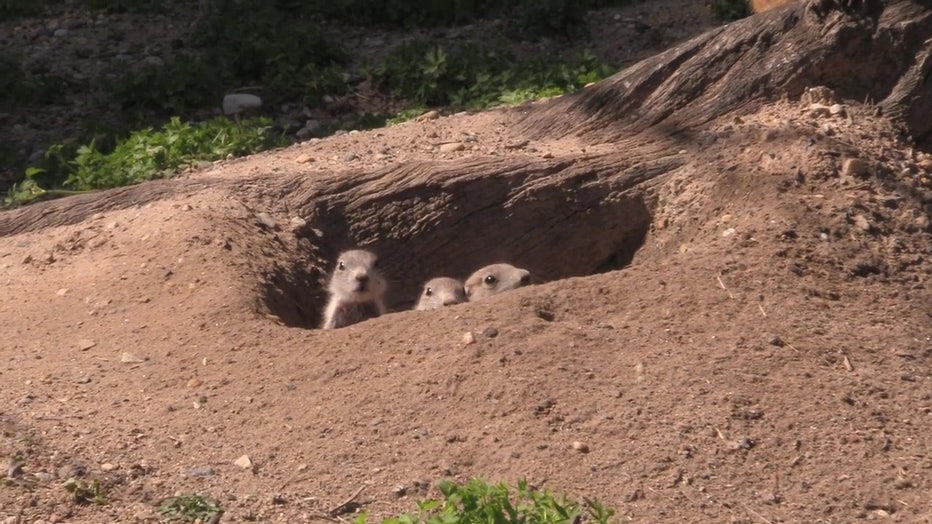 The Maryland Zoo released video showing the young pups emerging from their underground burrows and taking some unsteady steps under the watchful eyes of their parents.

The zoo says America's grasslands teemed with prairie dogs just 200 years ago, but in the past two centuries their population has decreased by 98% due to plague, habitat loss, and the fact the animals were thought to be a pest species by farmers and ranchers.

"They compete minimally, if at all, with livestock for food," the zoo points out on its website. "There may be some overlap in dietary preference, but prairie dogs also graze on many plants that livestock avoid and encourage growth of some plants that cattle feed upon."