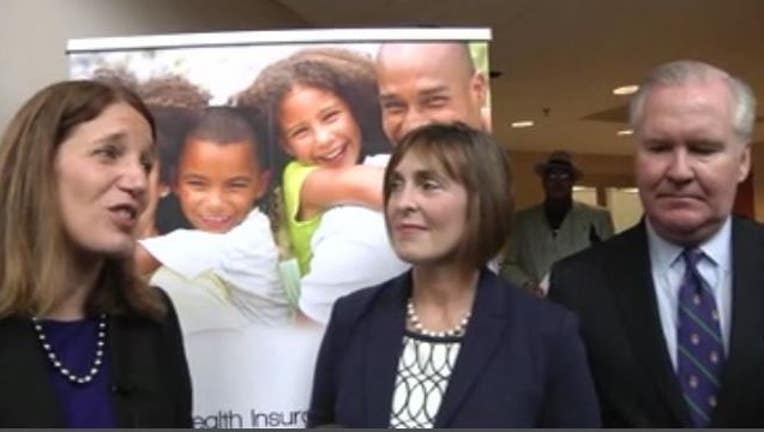 TAMPA (FOX13) - For those still living without health insurance, January 31 is the deadline to get covered or get fined.

The third enrollment deadline for the Affordable Care Act is three weeks away. An estimated 11.3 million Americans have already signed up.

The president's top health administrator was in Tampa on Sunday, along with local and state leaders, at New Mt Zion Missionary Baptist Church encouraging residents to enroll. Navigators were on site explaining the process.

"I'm sure everybody knows somebody who either has cancer, asthma, or some other thing where they had a preexisting condition and no longer, because of the Affordable Care Act, do those folks have to worry about not being able to get healthcare," said Sylvia Burwell, U.S. Secretary for Health and Human Services.

Burwell has traveled the country to many historically black churches hoping to reach the underinsured African American population, which makes up only 11 percent of enrollees.

"We're reaching out to those target markets," said Tampa Mayor Bob Buckhorn. "We're using churches and pastors to spread the word…We need folks to sign up. Their lives will be better because of this."

The Obama Administration is also hoping to reach young people, under the age of 35, to enroll before the deadline. Health officials say young people are more likely to remain healthier than the aging population, keeping premiums in check.

Failure to enroll either through the marketplace or through work could result in a minimum fine of $695 or 2.5% of one's household income, whichever is greater.

The Republican-led House voted to repeal Obamacare, saying health costs and coverage are still unaffordable to many Americans. President Barack Obama said he plans to veto the bill.

The enrollment deadline is January 31. For more information on how to enroll visit www.healthcare.gov