The Pinellas Suncoast Transit Authority made a big step toward greener roads by approving the purchase of 60 new electric buses. PSTA is using money from the federal government to make the switch.

ST. PETERSBURG, Fla. - The Pinellas Suncoast Transit Authority made a big step toward greener roads Wednesday, approving the purchase of 60 new electric buses over the next five years to fill the streets.

Quieter bus engines by the dozens will replace the diesel buses starting in 2024.

"Starting now, we’ll be able to purchase 12 buses that are electric per year over the next five years for a total of 60, and that really goes a long way in our plans to become truly an environmentally-friendly bus system," said Gina Driscoll, the PSTA vice-chair.

PSTA will pay $80 million for the buses using federal grants, and PSTA said it would become the first fully electric bus system in the state. Currently, 210 buses are in the fleet, including six all electric and several hybrids. 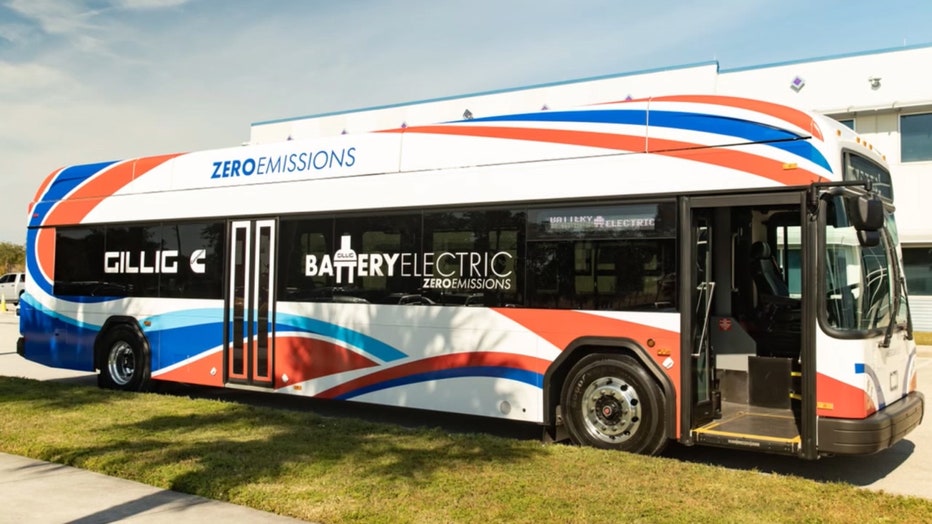 So, going even greener means adding the infrastructure to support it, like charging stations. A couple of wireless charging stations are already in place for electric buses to charge in minutes on a route, but more types of chargers will be added.

"Part of the contract that we approved today has chargers included for all the buses to make sure that we have the infrastructure in place already, and Duke Energy has been great with us, helping us out with that with the infrastructure part," said Pat Gerard, the PSTA chair.

PSTA said the transit system will be saving $20,000 a year in fuel costs alone by going electric. There’s less noise in communities, and it’s better for the environment.

"I think one bus reduces by 135 tons of carbon a year, assuming that people get out of their cars and get on the bus," Driscoll explained.

After 10 years of slowly making the switch, transit leaders said this step has a big impact.

"In the face of climate change, it’s important for everyone to do everything that they can, right? And so what PSTA is doing is looking at our carbon emissions, our footprint and saying how can we do it better?" said Driscoll.

PSTA said the 60 new buses will really help them meet a goal of being fully green by 2050. The transit authority chair said they also plan to explore how they can use solar energy.