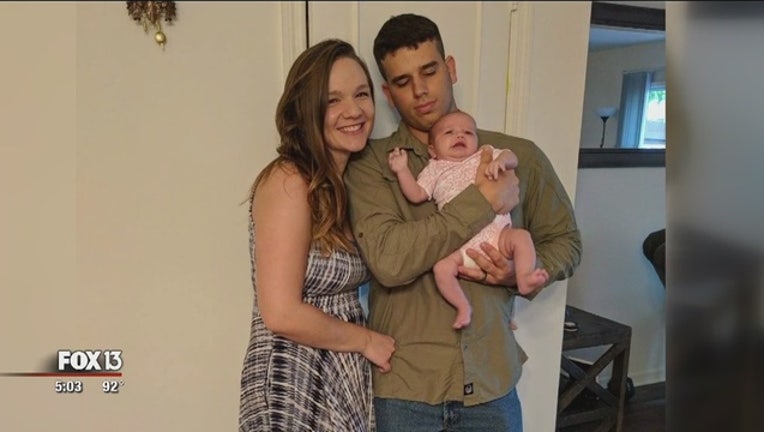 LUTZ, Fla. (FOX 13) - Funeral arrangements have been announced for a Pasco County firefighter's baby girl, who died in a crash and the family said anyone is welcome to attend.

Firefighter Hunter Garcia, his wife Kayla, and their infant daughter, Clara were involved in the multi-vehicle, roll-over crash September 13.

Firefighters Charities of Pasco said Clara was surrounded by her family when she passed and "has remained in the hearts and thoughts of the thousands who have come to know her over the past couple of weeks."

Kayla was released from critical care hospital after more than a week, but remains in a rehabilitation hospital where she will stay for another week. Hunter was also injured and was released from the hospital a few days after the crash. He has remained by his wife's side as they both recover.

The family has agreed to a public funeral service for Clara. The service will be Wednesday, Oct. 2 at 11 a.m. at the Idlewild Baptist Church, located at 18333 Exciting Idlewild Blvd, Lutz, FL 33548.

Doors to the church will open at 10 a.m. The family said it will have a private graveside service following the public church service.

Anyone who wishes to contribute to Hunter and Kayla's recovery fund may do so through a link the Firefighters Charities of Pasco website, https://ffcpasco.org/.