Two full moons to light up night sky this October

LOS ANGELES - Halloween will be extra spooky this year with a full moon set to close out the month.

The second full moon of October is the Hunter’s Blue Moon and will appear on Oct. 31, Halloween night. According to the Farmer’s Almanac, such an event occurring on Halloween only happens every 18 to 19 years.

Since it is the second full moon of the month, it takes on the name “Blue Moon.” It will not be blue in color as the name suggests. 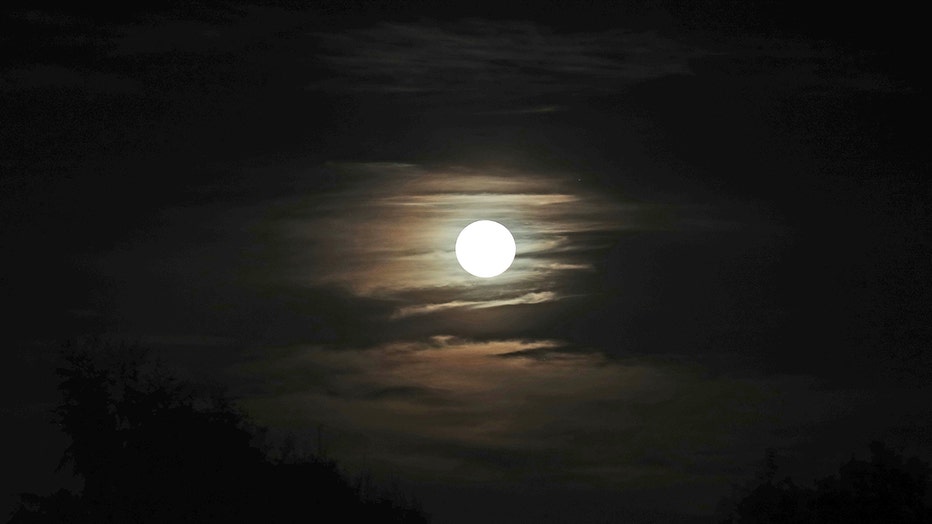 “Some folks believe that this full moon was called the Hunter’s Moon because it signaled the time to go hunting in preparation for winter,” the almanac noted.

RELATED: NASA details how $28B will be spent to return astronauts to the moon in 2024

The first full moon of the month was the Harvest Moon, and it light up the sky on Oct. 1.

The Hunter's Blue Moon will peak at 10:51 a.m. on Halloween morning and will appear full during the night as well.