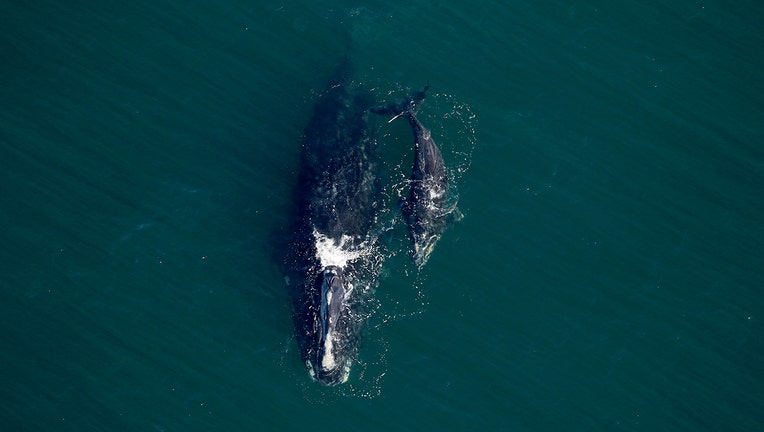 CLEARWATER, Fla. - For the fourth time this season, biologists with the Clearwater Marine Aquarium Research Institute spotted a mother right whale and calf pair swimming along the Atlantic Coast.

Monday, December 28, an aerial team spotted the pair of right whales off the coast of Georgia near Sapelo Island. The mother, Nauset, has caught researchers' attention before. She's about 27-years-old and this is her fourth calf, according to CMA.

Researchers estimate there are less than 400 North Atlantic right whales left in the ocean, with fewer than 100 of them being breeding females. Calving grounds off the coasts of northeast Florida, Georgia, and South Carolina have been designated Critical Habitat Areas to help protect the species.

CMARI recently expanded its aerial survey area to cover the coasts of North and South Carolina, adding 3,700 miles to cover a total of 4,500 nautical miles.