Eat a little cleaner at this St. Pete cafe

ST. PETERSBURG, Fla. - Along Central Avenue in downtown St. Petersburg, surrounded by a couple of art centers, you’ll find a restaurant that will serve you all the nuts and vegetables you can eat -- and it’s all raw.

“Rawk Star Café” is owned-and-operated by a brother-and-sister team. Michael Collins started a plant-based diet and convinced his sister, Ariel, to give it a try.

By 2018, they went into business together serving up raw, organic and plant-based meals – and that doesn’t mean they provide a limited menu. They serve breakfast, lunch and dinner which include all sorts of dishes out of plants – even pizza. 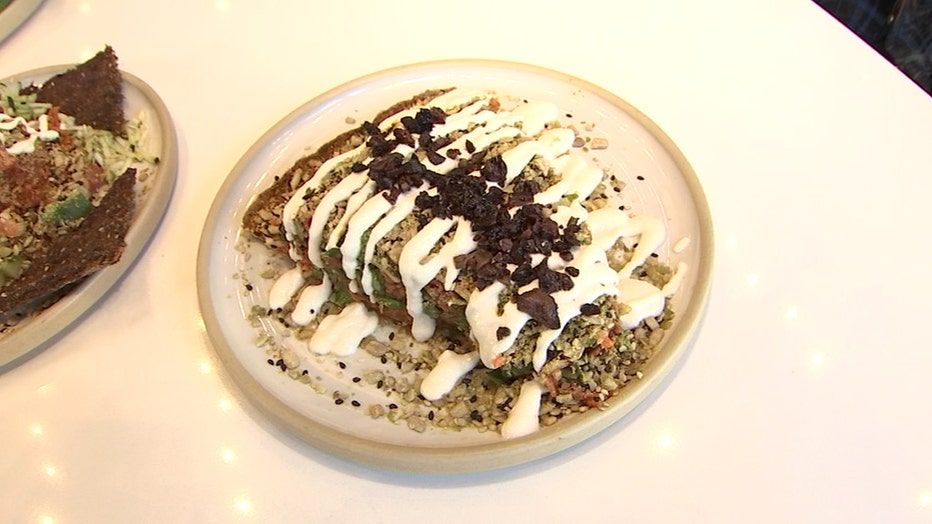 When it comes to their raw tacos, the “meat” is made out of walnuts, carrots, seasoned with paprika and cumin. It’s garnished with a few vegetables and topped with two “cheese” sauces. One is made out of bell peppers and the other is made of primarily macadamia nuts.

“Surprisingly, it tastes like cheese,” Michael said. “With tacos, it’s all about the sauce.” 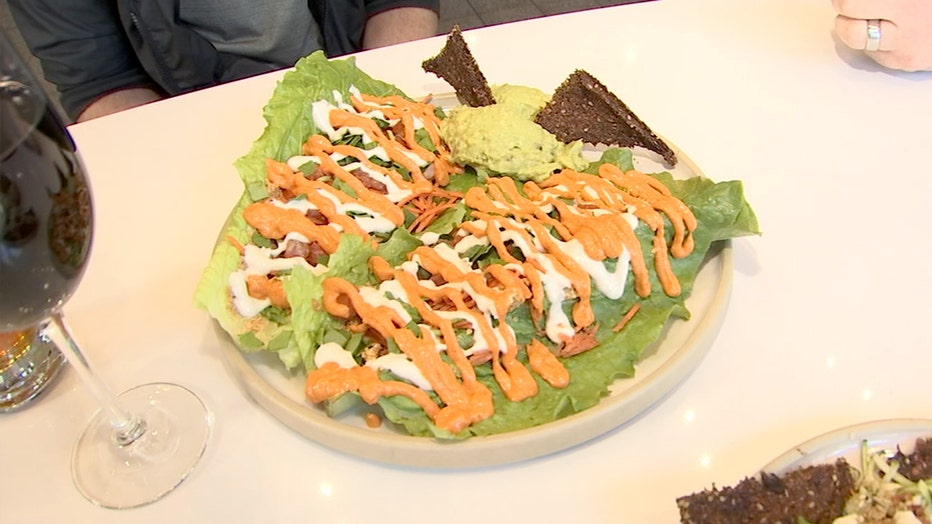 The crust of the raw pizza is handmade with tomatoes and spices. The inside has marinara sauce, shredded zucchini, shredded spinach and shredded carrots. It’s also topped with the macadamia nut “cheese” sauce.

They also have a burger platter, which includes their seed burgers. It’s not quite like the Impossible Burger or Beyond Burger, the texture will be different, but it is still pretty delicious. 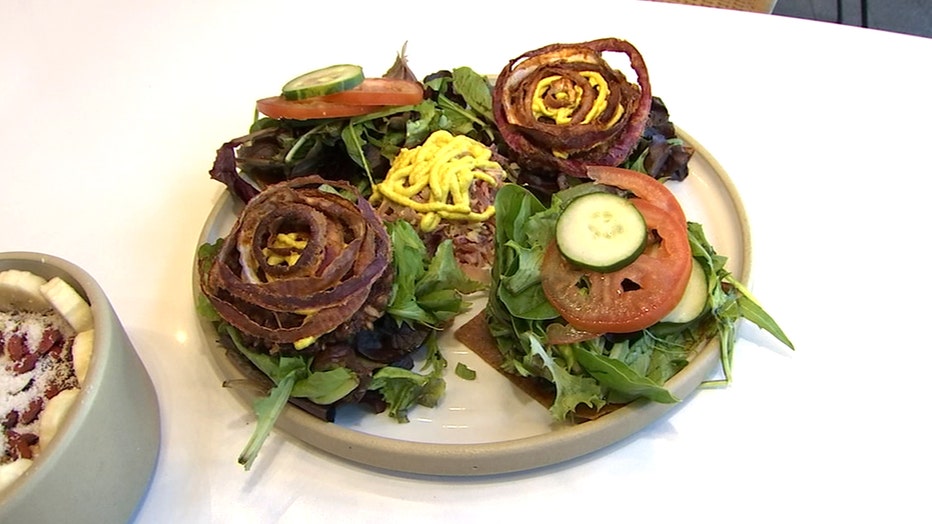 They also have guilt-free desserts, such as their berry cheesecake. The crust is made of macadamia nuts, with coconut flakes on the inside, along with lemon, vanilla, cashews and a little agave.

Even the wine and beer are organic. Michael said the wine shouldn’t give you a headache later on because it doesn’t have added sulfates.

“We just think it is super important for everyone to kind of incorporate it into your daily life,” Arielle explained. “Being plant-based is just eating fruits, vegetables, nuts, seeds, things that are healthy and good for the body.”

When done right, it gives you more energy and reduces inflammation, she explained.

“Same with organic,” Arielle added. “We don’t want to add pesticides and different things to your fresh food that you should be eating and it’ll just cause internal things that we don’t need.”

As far as working with a sibling, they say they make it work.

“I think I drive myself more crazy, that I drive her crazy,” Michael said.

There is also a second Rawk Star Café location in Oldsmar. You can check out the menu on their website.