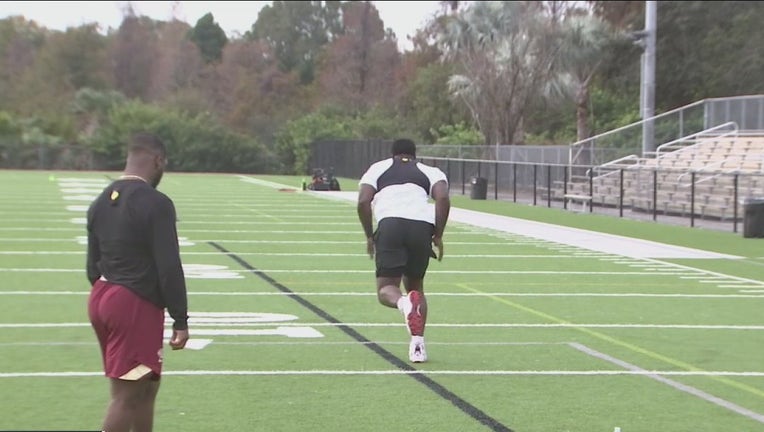 TAMPA, Fla. - A record number of prospects from Tampa Bay could be getting the NFL Draft Day call.

Berkley Prep alum Nicholas Petite-Frere is anxiously awaiting the draft. The offensive tackle is leaving Ohio State with a year left of eligibility, but Petite-Frere believes he is ready for the NFL.

Petite-Frere is ranked as the eighth-best offensive tackle coming into the draft, and it's a possibility that you could hear his name called on day one.

"Whatever team appreciates me the most, that thinks that I can help their program, help their organization win is the team that want to be part of," said Petite-Frere.

Former Jesuit and Iowa safety Dane Belton is also leaving college early for the draft after he was projected a day three prospect.

"It's super exciting you know like you said it's been my like childhood dream," said Belton. "You know get to this level and not only get here, but just have a long you know, illustrious career in the NFL."

Both Petite-Frere and Belton don't have preferences on which team they go to, but neither would mind if the call comes in from the hometown team.

Other Tampa Bay players are expected to get a Draft Day call or sign as free agents, including the following players: