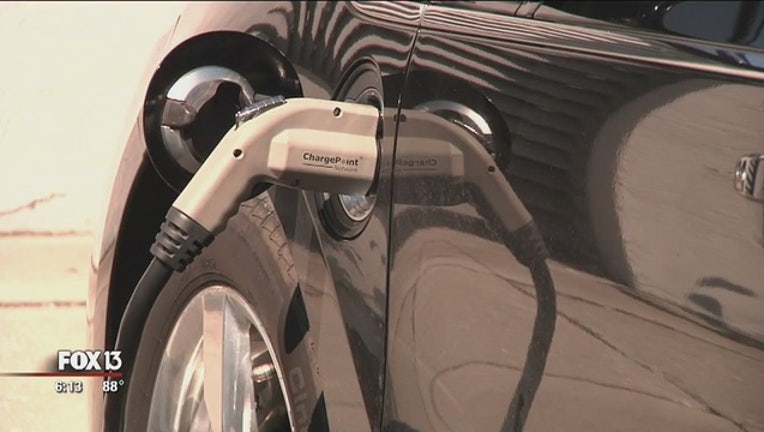 According to a local study, the demand is expected to grow exponentially within the next 12 years.

A report recently released by Environment Florida predicts the number of electric cars in Tampa's city limits will increase to 15,000 by 2030.

This translates into a 400 percent increase in public electric charging stations.

There are currently 18 of these stations throughout eight city of Tampa-owned and operated parking facilities.

"The demand and the growth in EV's simply is not being met with the charging infrastructure," said Susan Glickman, with the Southern Alliance for Clean Energy.

"It's a little bit of hit-and-miss game," said Davis.

Tampa officials said they are currently meeting the need.