Iconic “Jeopardy!” host Alex Trebek has died at the age of 80.

The longtime game show confirmed the news of his passing on Twitter Sunday morning.

In March 2019, Trebek announced that he had been diagnosed with stage 4 pancreatic cancer. Trebek delivered the news in a video posted to YouTube, saying he planned to finish out the current season of Jeopardy, stating, “Now, normally, the prognosis for this is not very encouraging, but I’m going to fight this, and I’m going to keep working.”

An undisputed king of the television game show, “Jeopardy!” host Alex Trebek had a staggering 40-plus year career hosting dozens of game shows in Canada and the United States, but became synonymous with the popular game show “Jeopardy!," and was the show’s host for more than 30 years.

In the course of his distinguished career, Trebek won five Daytime Emmy awards for Outstanding Game Show Host as well as a Lifetime Achievement Award from the National Academy of Television Arts and Sciences.

According to the official “Jeopardy!” website, he currently holds a Guinness World Record for Most Game Show Episodes Hosted by the Same Presenter, with nearly 8,000 episodes of Jeopardy! and on his resume.

Trebek was born on July 22, 1940, in Sudbury, Canada, in northern Ontario. His mother was French Canadian and his father was a Ukrainian immigrant who worked as a chef. Trebek graduated from high school in 1957 and attended the University of Ottawa to study philosophy.

Trebek would eventually change paths and pursue a career in journalism upon graduating college in 1961.

After college, Trebek worked as a newscaster and fill-in reporter with the Canadian Broadcasting Corporation, CBC TV. Working in news helped him gain a quick, witty and improvisational skills that would later help him with his pursuit as a TV game show host. Trebek started hosting a Canadian music program called “Music Hop” in 1963 and hosted a high school quiz show in 1966 called “Reach for the Top.” 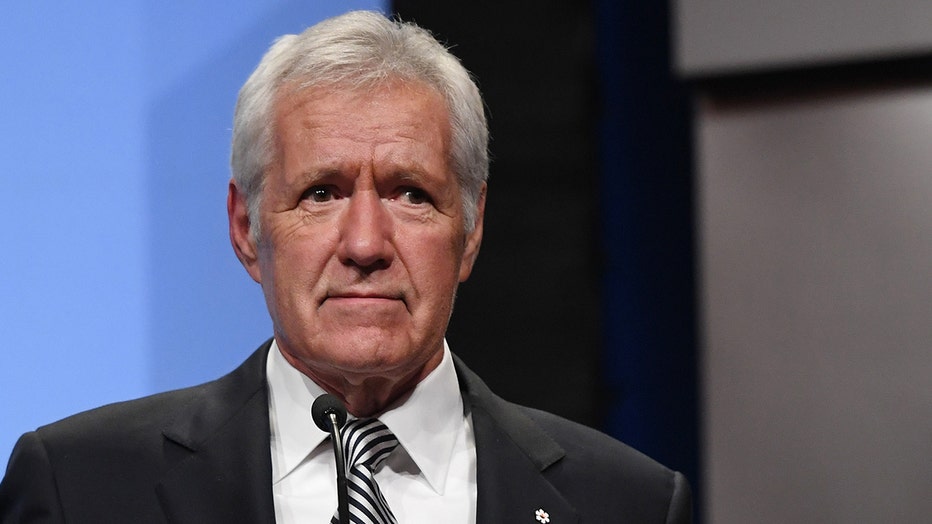 "Jeopardy!" host Alex Trebek speaks as he is inducted into the National Association of Broadcasters Broadcasting Hall of Fame during the NAB Achievement in Broadcasting Dinner at Encore Las Vegas on April 9, 2018 in Las Vegas, Nevada. (Photo by Ethan

Known for his improvisational skills as well as his quick and smooth disposition, he would eventually make his American debut working for NBC hosting a new show called “The Wizard of Odds.” The show only lasted a single season.

In 1984, Trebek joined the revival of the popular game show, “Jeopardy!”, which had been syndicated since 1964. The premise of the show consisted of three contestants, one of which was a returning champion. The contestants competed in a quiz game show divided into three rounds, the material of which offers clues that cover a wide variety of topics, including history and current events, the sciences, the arts, popular culture, literature and languages. There is often wordplay as well as puns in the category titles, a well-known attribute of the show. Contestants pick a clue ranging in price and must respond in the form of a question.

Trebek also produced the show from 1984-1987, helping devise various tournaments for contestants ranging in age and skill.  Trebek would eventually go on to host the show for the next 30-plus years except for one April Fools’ Day episode in 1997 when he switched places with Wheel of Fortune host, Pat Sajak.

“Jeopardy!” quickly became one of the most popular game shows in television history, and its smooth and sharp host, Trebek, would no doubt become a cultural icon. There have been countless references to Trebek in pop culture, such as parodies on the popular comedy sketch show “Saturday Night Live,” as well as appearances in “The Simpsons,” “The X-Files” and many other shows.

Trebek was no stranger to philanthropy and activism, either. He was heavily involved in multiple charitable organizations, including World Vision and Smile Train, which both serve children. Trebek and the “Jeopardy!” crew became heavily involved with United Service Organizations in 1995, appearing on several military bases throughout the world.