WAUCHULA, Fla. - Parts of Hardee County remained underwater Friday, as homeowners tried to salvage whatever they could.

Neighbors in the Riverview community of Wauchula used their boats to shuttle people to and from their homes.

"This is the worst hurricane I’ve ever been through," said Mike Davis, who used his small boat to take several neighbors to their homes. "It will take years to get all this back like it was. It may not ever be back like that again."

This was the second day in the recovery effort for neighbors after Hurricane Ian caused the Peace River to overflow, leaving roads completely impassible, and homes and vehicles submerged.

"It’s flooded our house and we put sandbags on every entrance we had, but the water just went over," said Teresa Staton, who needed to be shuttled by boat to her home in Wauchula to collect some clothes, food and other items. "We just ask people to pray. That’s all we can do." 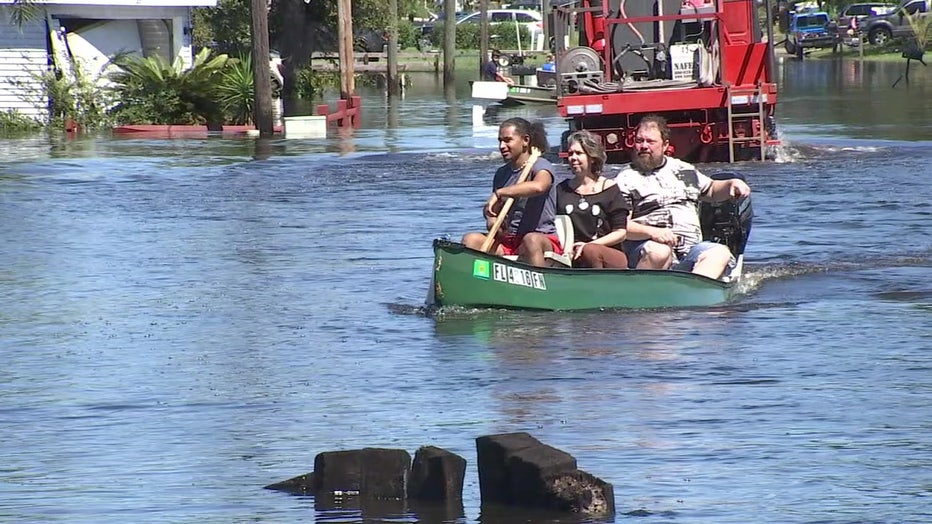 Neighbors in the Riverview community of Wauchula used their boats to shuttle people to and from their homes.

A large portion of the Sunrise Community off East Main Street was also fully submerged after the storm.

The rural part of southwest Florida has seen plenty of precipitation during the rainy season. Hurricane Ian's path cut right through the heart of Hardee, leaving behind several feet of water that could take days to recede.

RELATED: Florida linemen working 24/7; Hardee County is 99% without power — highest among all 67 counties

"There are a lot of houses flooded, total losses. Some people are up to waist deep in the front yards," said Lori Magee. "I left my house to come here to my sisters', which was supposed to be safer." 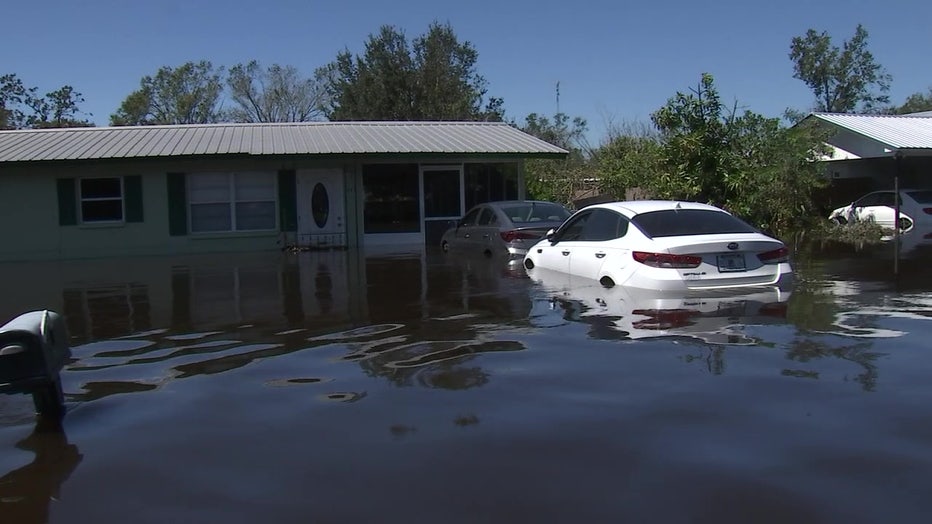 Hurricane Ian's path cut right through the heart of Hardee, leaving behind several feet of water that could take days to recede.

Earlier in the week, firefighters waded through waist-deep water to get to the homes where people were waiting on their roofs to be rescued. The Hardee County Sheriff's Office brought in boats and SWAT rescue vehicles to help.

RELATED: Parts of Wauchula underwater in aftermath of Hurricane Ian

For hours, rescuers made several trips bringing stranded residents and their pets to dry ground. Many have lost everything and now leaning on each other to make it through.

Hardee County officials have not yet reported any injuries.