SARASOTA, Fla. - Researchers at the Roskamp Institute are working to determine if there is a connection between red tide and medical issues.

"The ones that we’re particularly interested in are the ones that are brain-related," stated Roskamp Institute Executive Director Dr. Michael Mullan.

Mullan says the research began after 2018’s infamous red tide season when patients were coming to their neurology clinic complaining of neurological effects associated with exposure.

"It ranges from excess migraine headaches – headaches that are severe enough to take to the ER, all the way through to people complaining about brain fog and lethargy," he explained.

So far 250 people in both coastal and inland Manatee and Sarasota counties have been surveyed. 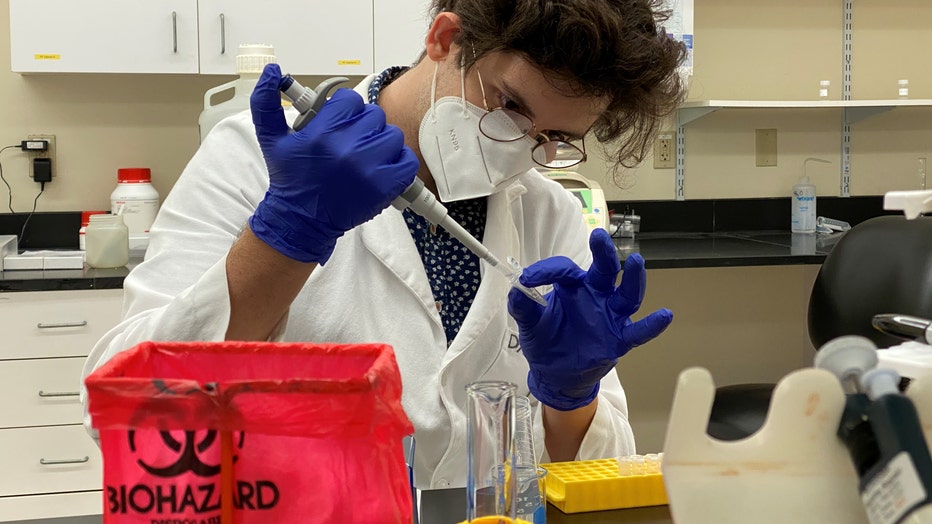 Dr. Mullan says they haven’t released much from their study yet, but they are looking closely at antibody levels.

"One of the things we're doing is when people are being exposed, we're looking to see whether their antibody levels go up again and then where we're correlating that with any change in neurological status," he said. "So, do they get better when they when the antibody levels go up or do they actually make things worse?"

The Florida Fish and Wildlife Conservation Commission is in the air every day using airplanes, helicopters, and even satellites to monitor red tide and dead fish.

With hundreds of tons of dead marine life during this season’s bloom, there’s no denying the neurotoxin’s powerful force.

"Really, a lot of it comes down a dose effect," Mullan said. "How much are we actually getting and how much are we getting in our bodies? So we’re looking into that carefully."

The researchers want to expand their research further inland.

"We want to know how far the effects go inland and how far you have to live inland to really not have any immunological response to it," he said.
Before this study, Mote Marine and other researchers took part in a similar survey in the 2000s.

Dr. Mullan says they found emergency room visits from 2005 to 2009 had a significant uptick in neurological symptoms in zip codes on the coast.