Tow truck operators across the Bay area are coming together to honor the lives of colleagues killed on the job. The memorial ride is meant to raise awareness about the 'Move Over' law. FOX 13's Jordan Bowen has the story.

WESLEY CHAPEL, Fla. - Tow truck operators across the Bay Area came together Saturday to honor the lives of colleagues killed on the job and raise awareness about Florida's move over law.

"It is with an extremely heavy heart, and if I didn't have to keep my act together, I would probably burst out into tears," Nationwide Towing owner Ginger Darling said.

Darling helped organize Saturday's special memorial ride. It's a way to remember tow truck drivers like Danny Hand who was hit and killed back in 2016 while helping someone on the shoulder of I-275.

"Danny was a character. He was a funny guy. A hard worker. He was clean-cut. Came in dressed clean. Kept his vehicle clean. He always ran the calls that he was given, but a jovial funny guy," Steven Stickley with Crockett's Towing said. 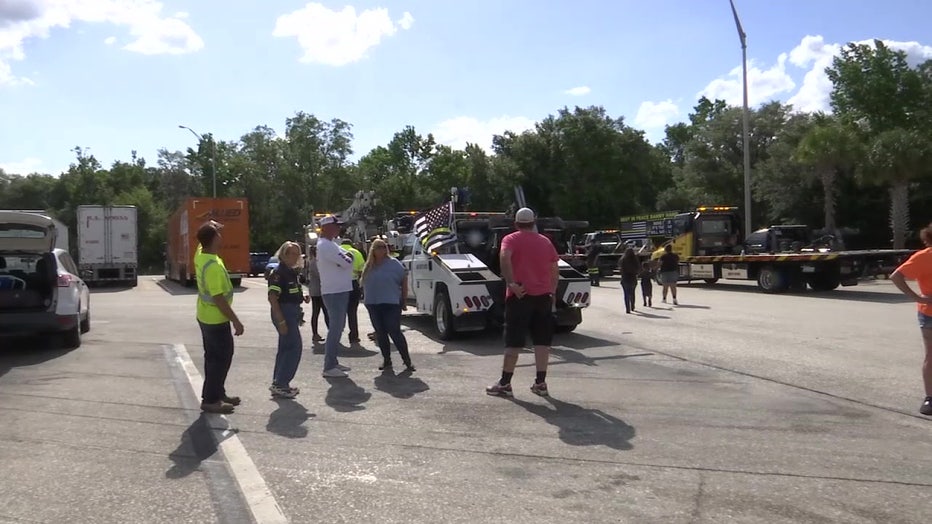 Stickley made a special sign on his tow truck to honor Han during the memorial ride. Dozens of tow drivers came together to begin the ride at an I-75 rest stop in Pasco County.

The event is not only a chance to honor lives lost but to remind drivers about Florida's move over law, which requires you to move over or slow down for stopped law enforcement, emergency vehicles, and tow drivers. 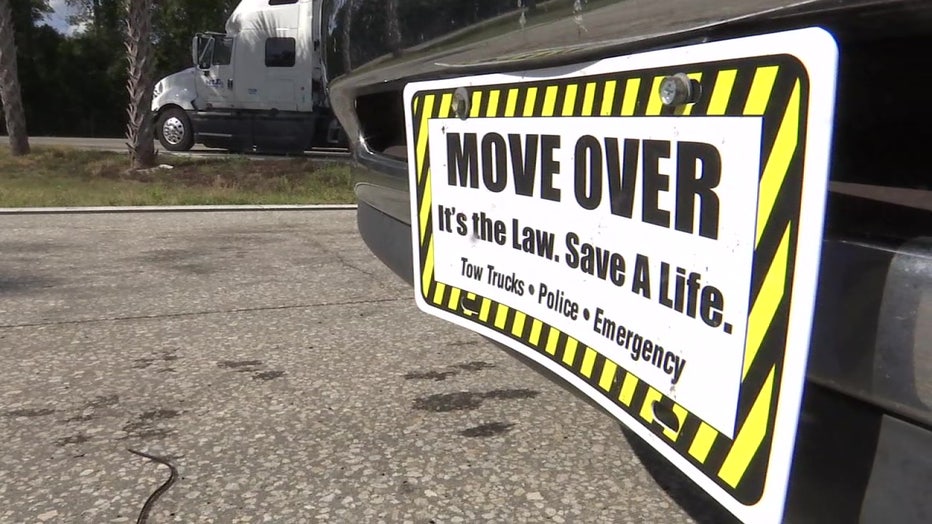 "All we are asking you to do is be proactive. Slow down. Create that domino effect behind everybody. It's okay," Darling said.

Darling is hopeful the event will remind drivers just how important it is to slow down and move over.

"We're doing it because we want to take care of you. We want to help you go home, but watch out for us so we can be there again to watch out for your loved one," Darling said.