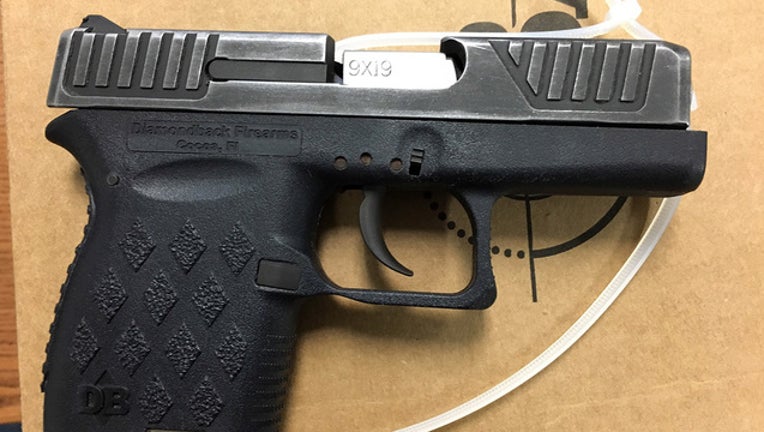 Police say this gun was found in a box belonging to the student. (HCPD photo)

According to police in Haines City, officers responded to Ridge Community High School after a teacher found an “altered” soda can with a top that screwed off. Inside the can were 24 pills determined to be hydrocodone.

During a subsequent search of that student’s belongings, police say they found an unloaded handgun in a shoebox the 16-year-old was carrying.

The teen, who was already on probation, was arrested on drug and weapons charges.

"Drugs and handguns on school property is a bad combination," Chief Jim Elensky offered. "I commend the teacher, administration and our school resource officers for their prompt action in this case.”