Together for over three decades, couple travels through life in an RV

SARASOTA, Fla. - One year ago, Karl and Carol Riley made a life-changing and adventurous decision.

"We decided the ground was too hard, so we bought a couple of pop-ups. Then, a 17-foot travel trailer, which we traded for this one a few years ago," Karl said.

They upgraded trailers but downsized the rest. Then, after selling their home and most of their possessions, the Rileys officially became full-time RVers in February 2020, the Rileys told FOX 13 during their stop in Sarasota.

"We always look forward to doing it," said Karl. "I woke up one morning and it was time to go back home and I told her, one day, instead of ‘time to go home,' I want to say, 'Where to next?'" 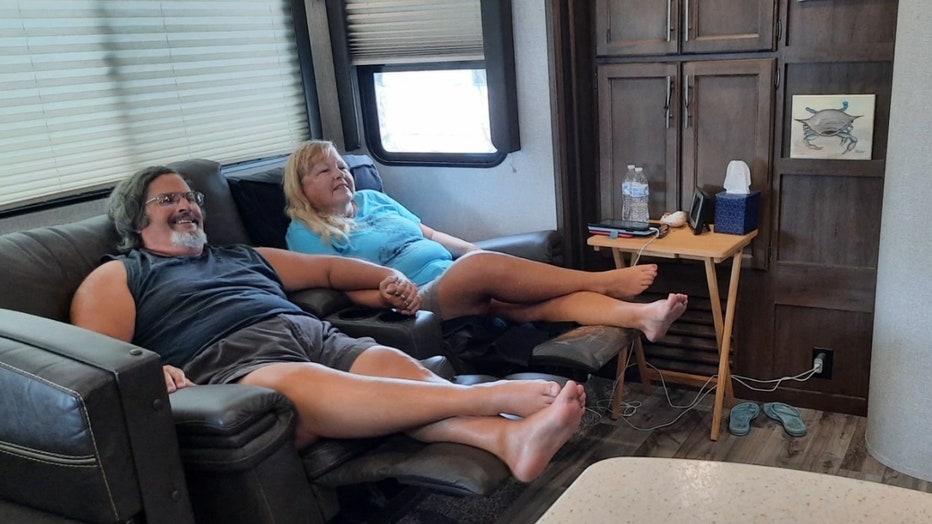 Their journey actually started 33 years ago when they met in a bar among mutual friends. Three months later, Karl proposed.

"I felt like I already knew him. Like déjà vu. Maybe I dreamed about him before," Carol recalled.

"It was like the whole Earth moved when I saw her," Karl said.

After six months dating, they married. It wasn't a big to-do. It was small, simple and sweet. Karl's dad did the honors, and the happy couple went back to work the next day. 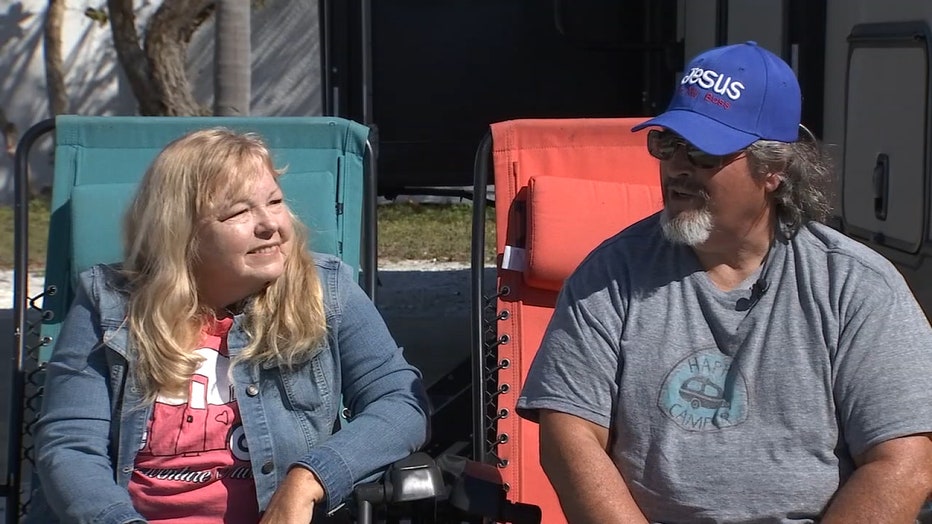 Patience is a must when you're sharing a small space with your partner. The couple credits technology and humor for their success both on the road and in marriage.

"GPS is a wonderful thing because now I can argue with it instead of her," Karl said jokingly.

"Back when we started, that was our only thing we’d ever argue about," Carol added.

Family turns to RV to stay connected amid coronavirus pandemic

Donovan and Dana Santis were faced with a challenge when they received news that his mother had been diagnosed with leukemia. They simply had to see her, but she lives in Maine.

Navigation is necessary when you visit 18 states in 12 months.

Some of their favorite stops include South Dakota, where they fell in love with the majesty of Sioux Falls, the herds of wildlife at Custer State Park and the grandeur of Mount Rushmore. 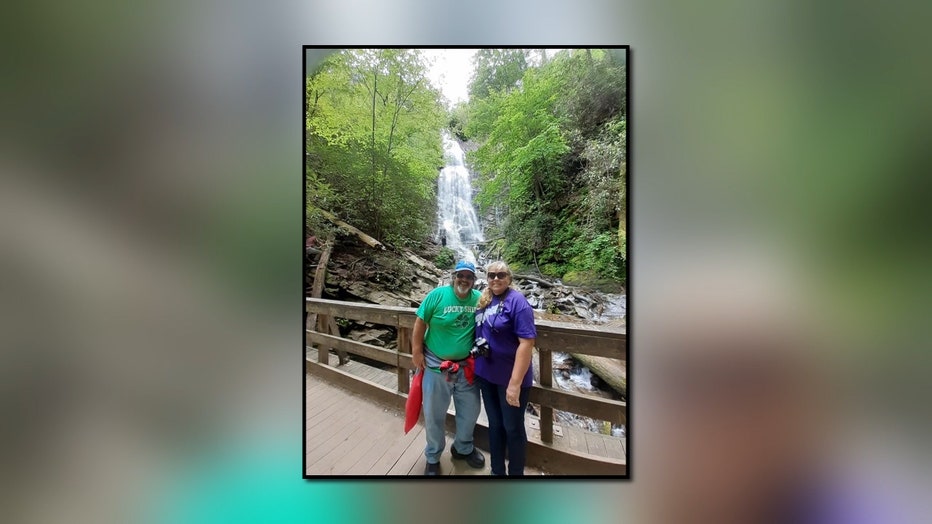 They also did a ten-day tour in Yellowstone National Park and say they could've stayed 10 more. They also visited family and friends along the way.

"It's just a blessing to be able to do this," Karl said with a big smile. "We wake up every morning just feeling blessed."

Where to next? Only time will tell. But one thing's for sure, it's a journey the Rileys will make together.