The world’s largest cruise ship will soon be calling Port Canaveral home. Royal Caribbean’s Wonder of the Seas will set sail from Cruise Terminal One beginning in November 2022.

"To get a ship like this in Port Canaveral is really going to make a tremendous difference," said "Cruise Guy" and Cruise Industry Expert Stewart Chiron. 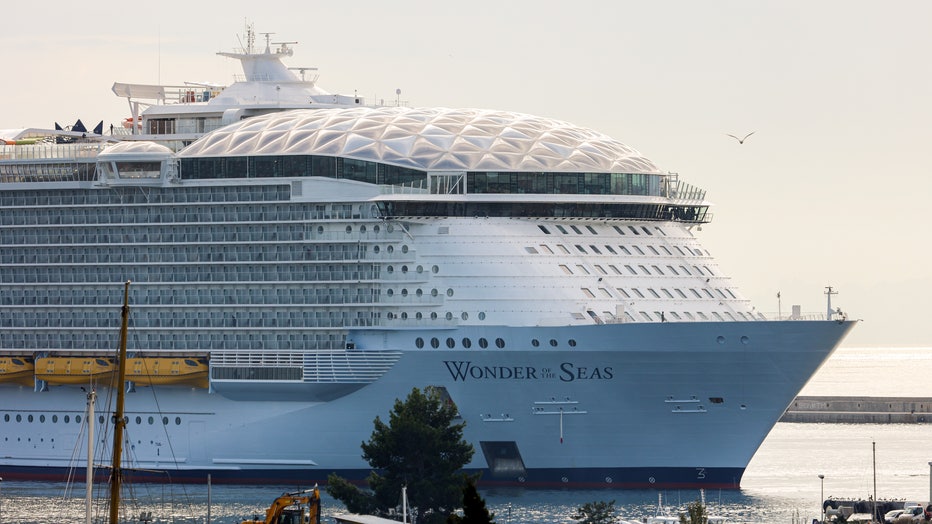 MARSEILLE, FRANCE - 2021/11/09: A view of the "Wonder of the Seas" cruise ship arriving in Marseille. (Photo by Denis Thaust/SOPA Images/LightRocket via Getty Images)

"It’s great news for Port Canaveral and says we can do well here. It’s a ship that needs to be filled, and obviously they have the confidence that we can do that for them," said Port Captain John Murray.

Royal Caribbean chose to dock the over 263,000 ton vessel in Cape Canaveral over other popular ports around the globe

"It is interesting that Royal Caribbean instead of putting Wonder of the Seas in Miami they chose Port Canaveral, so this just continues to solidify and remind people that Port Canaveral is a world-class port," said Chiron.

With the ships massive stature also comes a massive jolt to the local economy. A new ship attracts new people who are ready to stay and shop local.

"You have people that are stocking the ships' food, beverages, flowers, but you also got fuel," said Chiron. "Every time a ship comes in like this it’s about $1.5 million dollars to the local economy."

Captain Murray says this is the first time they will have a new ship like this from Royal Caribbean in their docks which will only add to its allure.

"The fact is a new ship drives new interest in cruise guests that haven’t traveled on that particular ship before and try to get on it while it’s new," said Murray.

On its website, the cruise line lists the ship's features:

A preview of the ship on YouTube said that it will sail to both the Caribbean and Europe. Information about the Wonder of the Seas obtained by FOX 35 stated that the ship is 210 feet wide and 1,188 feet long.

The ship is set to make its maiden voyage in March out of Fort Lauderdale before heading to Europe for the summer. It will be in Port Canaveral from November 2022 until April 2023.