Those who have returned to damaged homes and businesses after Hurricane Ian are figuring out the best way to rebuild.

TALLAHASSEE, Fla. - Governor Ron DeSantis has directed the Florida Department of Transportation (FDOT) to immediately start working on repairs to the Sanibel Causeway, which was destroyed by Hurricane Ian. The bridge sustained major damages during the storm, making the only link between Sanibel, Captiva and the mainland impassable.

The governor's office said the contract for the bridge repair was awarded Tuesday, and they are anticipating the Sanibel Causeway to be accessible by the end of October.

These repairs are much needed for first responders and Sanibel residents as Hurricane Ian recovery efforts such as power restoration and debris removal get underway.

FDOT has made progress on the temporary bridge to Pine Island, another one damaged by the major hurricane, Gov. DeSantis said. 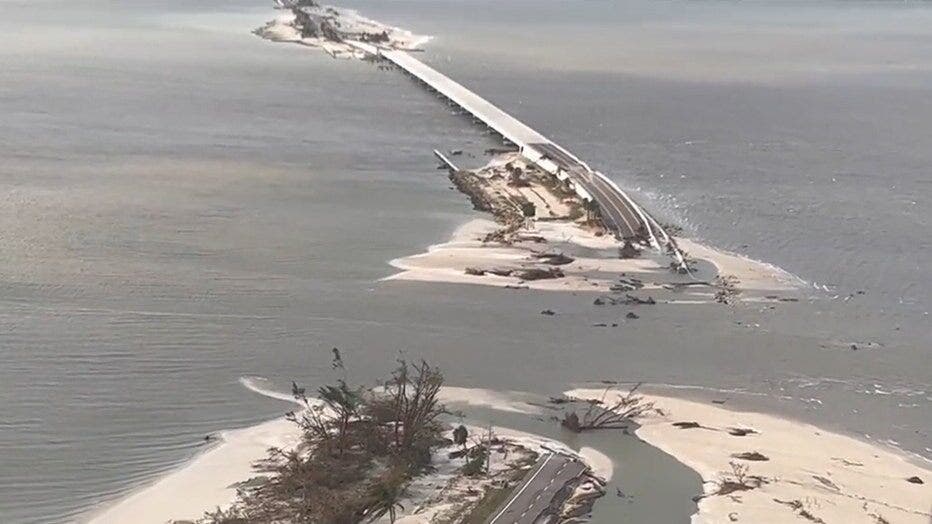 "Access to our barrier islands is a priority for our first responders and emergency services who have been working day and night to bring relief to all Floridians affected by Hurricane Ian," Gov. DeSantis said.

FDOT said the Pine Island bridge is on its way to completion. Secretary Jared Perdue said epairs needed range from repairing bridge approaches to restoring the roadway across most of the Sanibel causeway.

All accessible state-owned bridge inspections were completed, and the governor's office said FDOT is assisting with inspections on locally owned bridges in the area. Completing repairs to the Sanibel Causeway will allow first responders access to the island as they conduct life and safety missions, Gov. DeSantis said.

Once immediate recovery efforts have subsided, the governor said permanent long-term repairs will be made to the Sanibel Causeway. The emergency repairs currently being done will allow the bridge to be safely passable for immediate access and be incorporated into long-term repair plans, according to Gov. DeSantis.