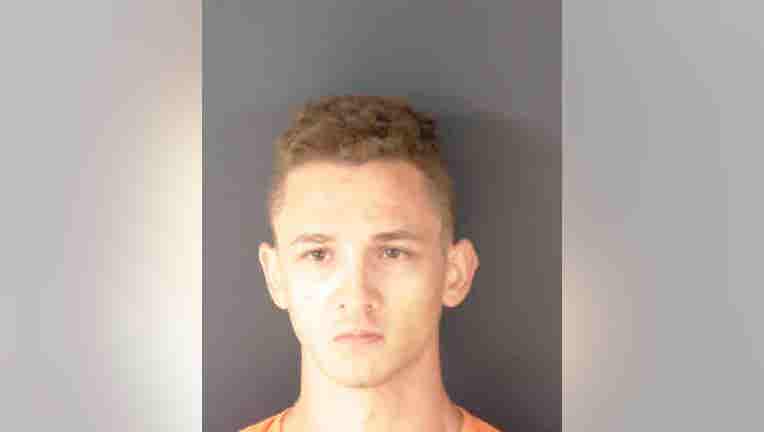 NOKOMIS, Fla. - A Nokomis man is accused of sharing threatening messages on social media, showing himself holding several weapons and threatening to use them at a "Black Lives Matter" event, according to Sarasota County deputies.

Detectives said they began investigating 22-year-old Quintin Adkins on June 11 after receiving an anonymous tips of his social media posts on Instagram and Snapchat.

According to the Sarasota County Sheriff's Office, the videos show Adkins " depicted Adkins brandishing, loading, and firing several weapons including at least three assault rifles, while threatening to attend a Black Lives Matter demonstration with the intention of shooting everyone in attendance."

Detectives said Adkins was taken into custody Thursday and faces a charge of writing threats to kill.