SARASOTA (FOX 13) - A volunteer for an independent teacher and student organization has been accused of stealing its funds.

"We have a close knit family at Southside and we trust our volunteers," said Caprill Hembree.

But when it comes to PTO volunteer Tiffani Donovan, that trust was misplaced, according to Sarasota Police.

"She was a good person. Very sad that it was her," said Hembree.

In May, PTO member approached the agency to report missing funds, which included 11 missing checks totaling $7,325. These checks were sent in by parents, brought to the school by their children, or dropped off at the school office. There are then placed in an open mail slot in an unsecured area of the office, according to a media release.

The first red flag came up last school year. A parent made a $250 check out to become a PTO businesses supporter. In return, she was supposed to receive fliers but never got any.

"She didn't get the information from the PTO so she called the PTO and said where is my stuff I sent the money," said Melody Shimmel.

That's when Sarasota Police got involved. Melody Shimmel the financial crimes investigators said Donovan had been depositing the PTO checks into her own personal account. Shimmel said she used an ATM to make the depositions and the bank never caught it.

"Trust is a two edged sword. They trust their volunteers, to be honest, upstanding parents of children that are in that school. IN any organization of that kind trust plays a big part," she said.

Donovan is well known in Sarasota. She works as the director of advertising for Sarasota Magazine. When FOX 13 stopped by her home, she didn't have much to say.

The parent/volunteer who has been charged with depositing funds from Southside Elementary School's Parent Teacher Organization into her personal bank accounts has been blocked from our volunteer list. She is no longer able to volunteer at any schools in our district, pending the outcome of the ongoing investigation. Although the PTO is an independent organization and the funds in question were not district funds, school and district personnel as well as members of the Southside PTO are cooperating with the Sarasota Police Department in the investigation.

Detectives said the 11 checks were deposited into Donovan's personal account between July 4, 2016, and December 17, 2016. Each one was allegedly hand-endorsed by the suspect.

She was arrested on Wednesday and charged with 11 counts of uttering a forged check and one count of scheme to defraud. Police said additional charges are possible, and anyone with information is asked to contact Civilian Investigator Melody Shimmell at 941-954-7032 or leave an anonymous tip with Crime Stoppers by calling 941-366-TIPS or online at www.sarasotacrimestoppers.com 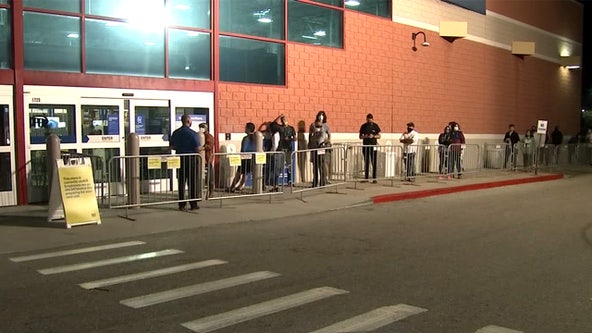