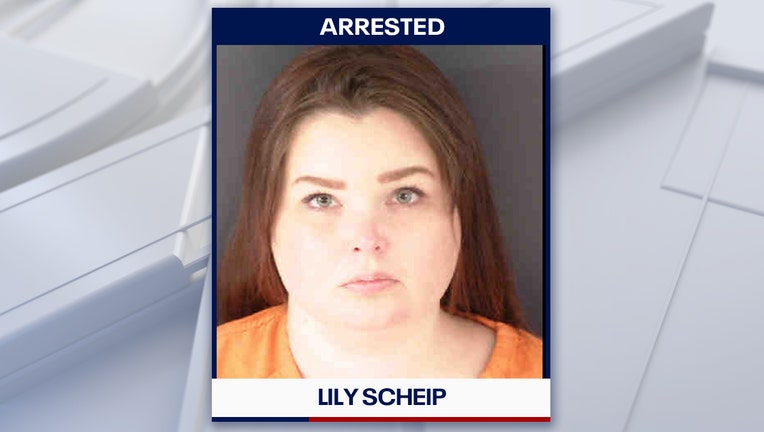 SARASOTA, Fla. - Four months after an infant was admitted to a hospital and later died, Sarasota County deputies made an arrest in the boy's death.

Lily Scheip is facing a second-degree murder charge in connection to the death of the 14-week-old. Deputies said they responded to the 2300 block of Spring Oaks Circle on Nov. 8, 2021, after receiving a report of an infant who lost consciousness and wasn't breathing.

The person who dialed 911 reported their neighbor, Scheip, showed up at their door with the child. According to the sheriff's office, CPR was performed until first responders arrived and took the child to a hospital.

Officials said no obvious injuries were observed, and the infant was taken to Tampa General Hospital where doctors discovered head trauma.

Detectives said 31-year-old Scheip told them she was the only person caring for the 14-week-old at the time he was found unresponsive. They did not specify her relationship with the child.

During the investigation, detectives said they learned the infant had two broken legs in September 2021 after an "apparent accidental fall." After an autopsy was conducted, they sad there was one partially healed skull fracture and at least two "recent impact injuries to the back of the infant's head while he was in exclusive care of Scheip."

The death was ruled a homicide.