Hard Rock employees rally for one of their own fighting cancer

A few years ago, she was approaching a milestone birthday and she remembered something her father said to her.

"He told me when you turn 60 your body starts to fall apart. I didn't realize it would be eight days after I turned 60," said Focht.

A mammogram and biopsy revealed Focht had breast cancer.

"I didn't really believe them at first. It's kind of one of those things like, 'Oh, it can't be me,' but it was," said Focht.

Chemotherapy followed and Focht began experiencing the negative side effects, including loss of hair. 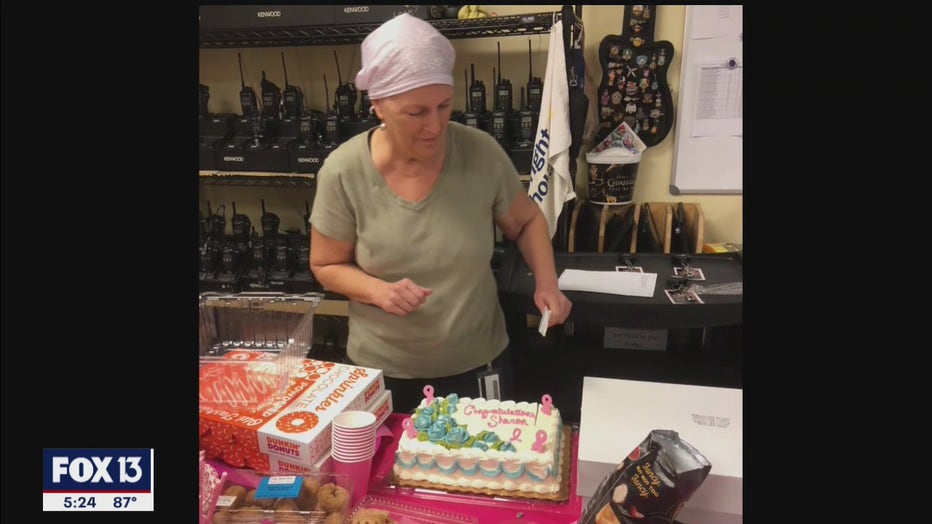 "Two weeks exactly after I started treatment it all started falling out and I would put my hand through my hair, just clumps of it would come falling out," said Focht. "If you don't feel like you look normal then you feel kind of shy and you don't want to interact with people."

She took advantage of free programs offered by the American Cancer Society, funded by donations.

"I went to a make-up class the American Cancer Society gives you the opportunity to do that and they show you how to wear wigs, they showed me how to do makeup," said Focht. "I went to a class on how to take care of myself because a lot of people when they go through chemo they get sores in their mouth."

And she participated in research.

"I did a trial for anti-nausea medication and that helped immensely," said Focht.

Then she had a new reason to celebrate. The chemotherapy was over.

"My sister came with me for my last treatment and they had me ring a bell," said Focht.

She also received a surprise from her Hard Rock family.

"After I finished my last treatment they gave me a little party which is kind of special made me feel really special," said Focht.

She joined the Seminole Hard Rock and other breast cancer survivors for the Making Strides walk last year.

Focht and her co-workers donate a portion of their paychecks to the American Cancer Society. It's her way of helping others fight the battle.

"The more you donate, the more money they have to do research and the more positive outcomes there's going to be with people that have cancer," said Focht.

The American Cancer Society invites everyone to Walk Your Way, Saturday, October 17 and Sunday, October 18. You can join a team, walk with friends and family or walk on your own, wherever you are.

To find out how to participate in the virtual Making Strides events, visit www.makingstrideswalk.org/TampaFL.