TAMPA, Fla. - Businesses along part of Florida Avenue in Tampa's Seminole Heights neighborhood received some tough news this week. The city announced a road project, originally estimated to last three weeks, would be extended for an additional two weeks.

Ongoing road closures and construction in the neighborhood have created a nightmare for several small businesses and homeowners.

It's part of Tampa's multi-million dollar stormwater project, which will upgrade century-old infrastructure and bring flooding relief throughout the city. But construction delays have created extended headaches for businesses who said the road closures are having a huge impact on their bottom lines.

"We’ve survived hurricanes, serial killers in this area, a pandemic and then post-pandemic, but honestly, this has probably been one of the more difficult challenges for us because there are just no customers," said Jason Newman, co-owner of Smoke Signals smoke shop. "It’s been crushing our business and all of the small businesses in the area that are reliant on the traffic on this road. Right now, there’s absolutely no traffic." 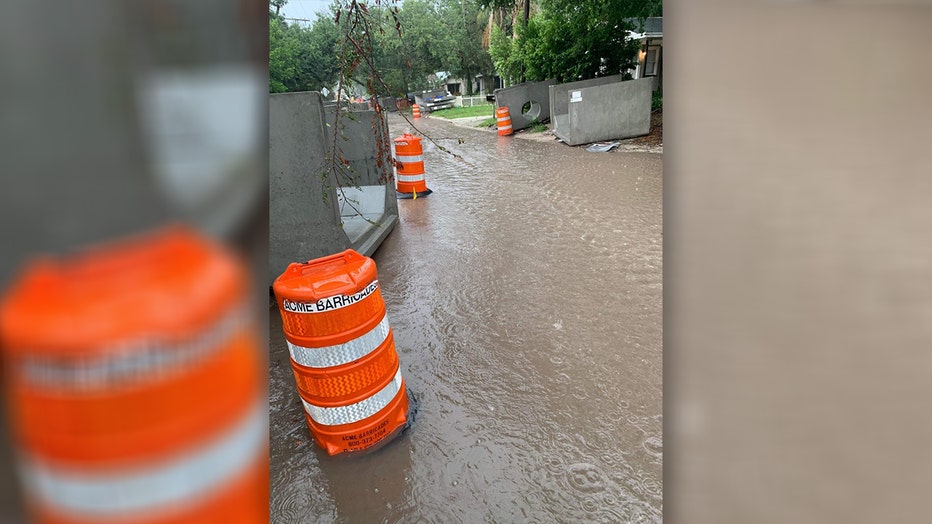 Several businesses said they had to make tough decisions on staffing and hours. Health Mutt, a pet supply store and groomer, said they've had to close early and scale back on employees. A sign posted on Whatever Pops's front door explains the popular dessert shop is now closed on Wednesdays through the remainder of September.

"Some days we're as low as 30% down in sales since this started," said Health Mutt owner Kendra Conze. "When you look at Florida Avenue it looks very closed, so even when you see the signs that say businesses are open, people don’t necessarily understand how to get to those businesses."

Conze has created her own flyers and social media posts showing customers how to navigate the veritable maze of road closures surrounding her business, but she said it seems most customers are just avoiding the area entirely.

"People really aren’t coming to our store unless it’s a necessity at this point so that’s been reducing our sales significantly," said Conze.

The city said it's working to improve communications with businesses impacted by the construction. This week, city employees made door-to-door visits with business owners. The city has also asked contractor Nelson Construction to add an additional flagger to a portion of the site to assist in diverting traffic and pointing customers to available parking for businesses.

"We know how hard this has been for them. This is not easy. This is their livelihood and this is how they feed their families, and we are going to be doing everything that we can to try to improve that communication to check in on them and figure out what they need," said Tampa media relations manager Lauren Rozyla. 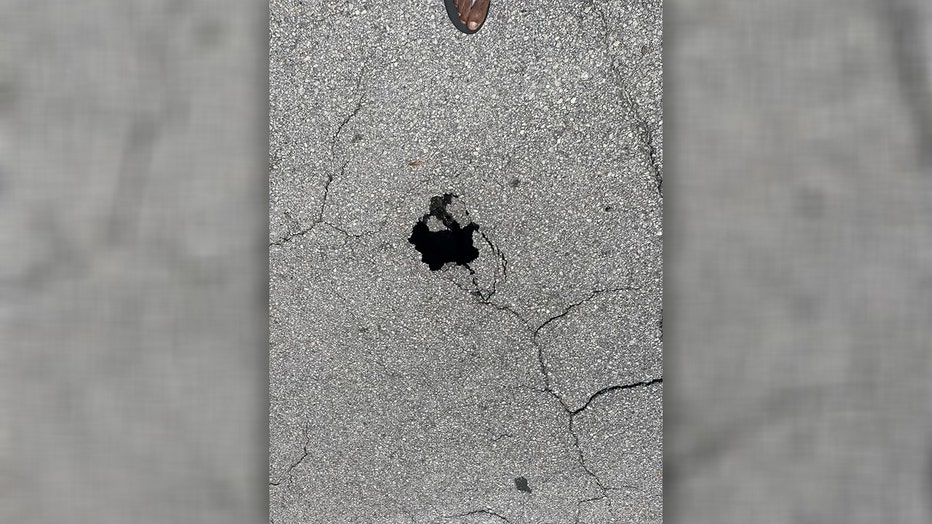 While businesses on Florida Avenue are looking at two more weeks of construction, neighbors on nearby Crest Avenue have waded through construction woes since November of last year.

Large construction equipment, massive concrete culverts and road debris line the road, which has been unpaved for the better part of a year. Neighbors frequently complain about not being able to navigate their street or access their driveways. Ironically, the project intended to reduce flooding creates a muddy river in the street's place during each rainfall.

Crest neighbors were told their street would be paved again starting in June, now the city said paving should begin by the end of the month for the stretch of Crest between the Hillsborough River and Highland Avenue and by the end of October for homes between Highland and Florida.

PREVIOUS: $18 million grant to improve ‘one of the best areas in Tampa with one of the city’s worst roads’

The city said compounding issues have caused the delays.

"We’ve seen some supply chain issues across the country, and we have not been immune to that in Tampa," said Rozyla. "There have also been some delays due to what’s been actually found underground that may have been missed by initial surveys because the pipes are so old."

The city said that's the case with the Florida Avenue delay. When excavation began, crews discovered a 1960s-era water main that did not meet current depth standards. Additional work will need to be done in order to withstand Florida Avenue traffic loads. 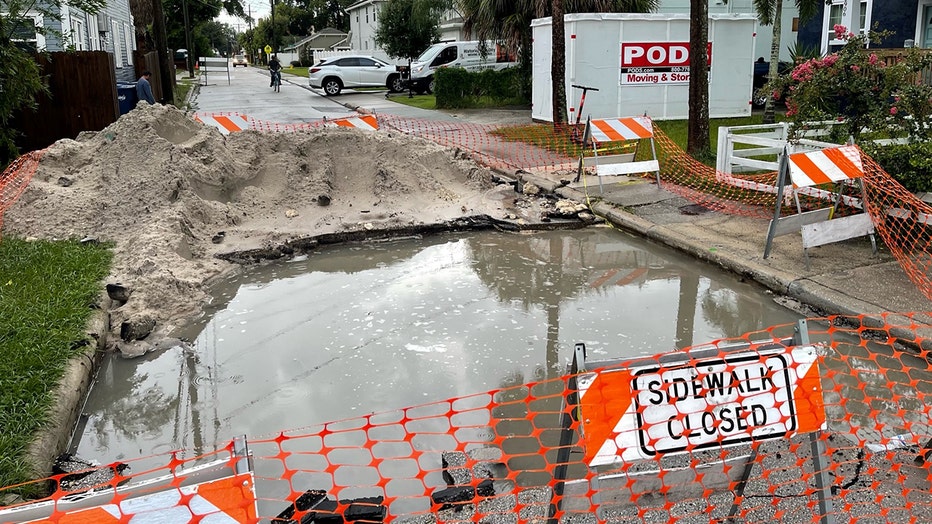 The construction delays are starting to have a trickle-down effect on other parts of the city in need of road work.

Tampa Heights neighbor Richard Yarde poked fun at the growing road opening in front of his home this week.

Yarde and his wife placed a pair of inner tubes in the rain-filled pit for the satirical snap.

"We just wanted to bring a little bit more attention to it," said Yarde. "I don’t like complaining a lot, and I did my due diligence with calling the city several times over the last two months. We thought we’d have a little fun with it." 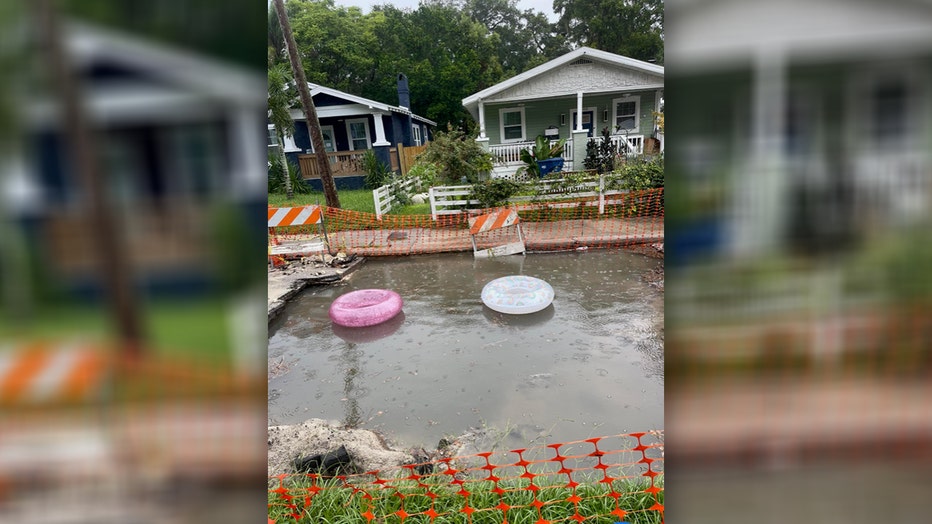 In July, a small hole opened up in the roadway outside of Yarde's house.

"We just put a cone over it and called the city but over time it progressed, and it’s become six-feet deep," said Yarde.

A block of Ola is now closed because of the opening, which stretches from curb to curb and runs the length of a house. The opening was caused by a cracked pipe underneath the road. City workers have set up barricades and markers around the hole, but Yarde said complaints from neighbors haven't budged the city to fix it.

"They are just backed up. They just have so many water issues and street issues that they’re dealing with right now, and they couldn’t give us a deadline on when they’d be here to get it taken care of," said Yarde.

All joking aside, Yarde said he's worried about the safety of the road and further erosion of the street, sidewalk and nearby properties. 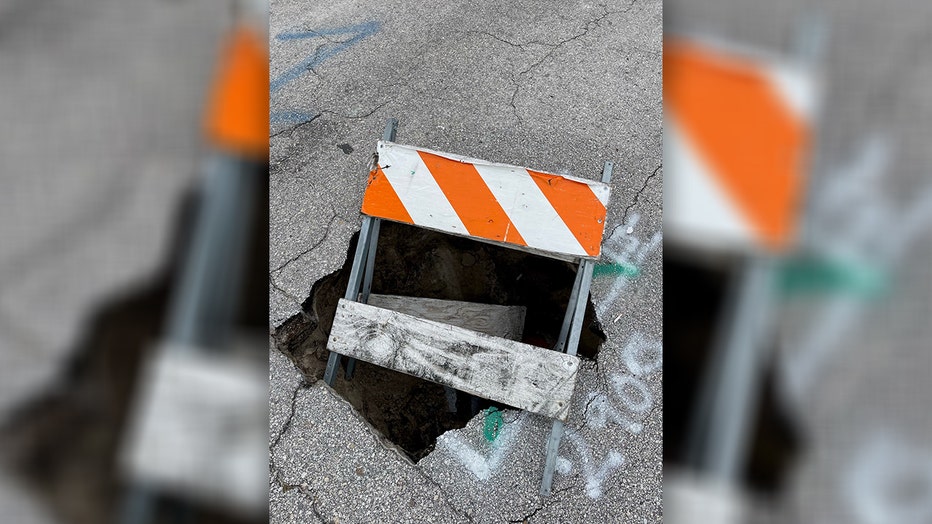 "For me the main thing is the safety issue because I do have small children that like to come outside and play. My son and I used to love to throw the football out here, but we can't do that now," said Yarde.  "We worry every day with the sidewalk starting to cave-in here."

Rozyla said city wastewater crews plan to monitor the hole over the weekend. Deputy administrator of infrastructure Brad Baird explained the site has been too wet for crews to dig.

Work on Florida Avenue is expected to be completed by September 23.

A community meeting is tentatively scheduled for 6 p.m. on September 29 in the Hillsborough High School Auditorium to give neighbors and business owners a chance to speak with city officials about the ongoing project.

Updates on the Seminole Heights Stormwater project can be found by clicking here.