Cameras detect when a driver will run a red light

The city of Lakeland has been studying the dangerous trend and wants to test a program designed to keep motorists stopped at intersections longer when it appears a driver might run a red light.

LAKELAND, Fla. - Impatient and reckless drivers blowing through red lights kill hundreds of people each year. The difference between life and death can be less than a second.

The city of Lakeland has been studying the dangerous trend and wants to test a program designed to keep motorists stopped at intersections longer when it appears a driver might run a red light.

With the goal of preventing wrecks, the city installed special sensors at four intersections:

Since February, the technology has been collecting data and the numbers are scary.

“48 motorists per day still run the red light after the green light has gone on,” Rao said. “That’s very dangerous and we really need to stop that.”

That is nearly 50 drivers running lights at just one intersection every day. Lakeland has 174 of these crossroads. Rao says some drivers were shooting through red lights up to 14-seconds after oncoming traffic had a green light.

The data being collected by those sensors could be key to saving lives. 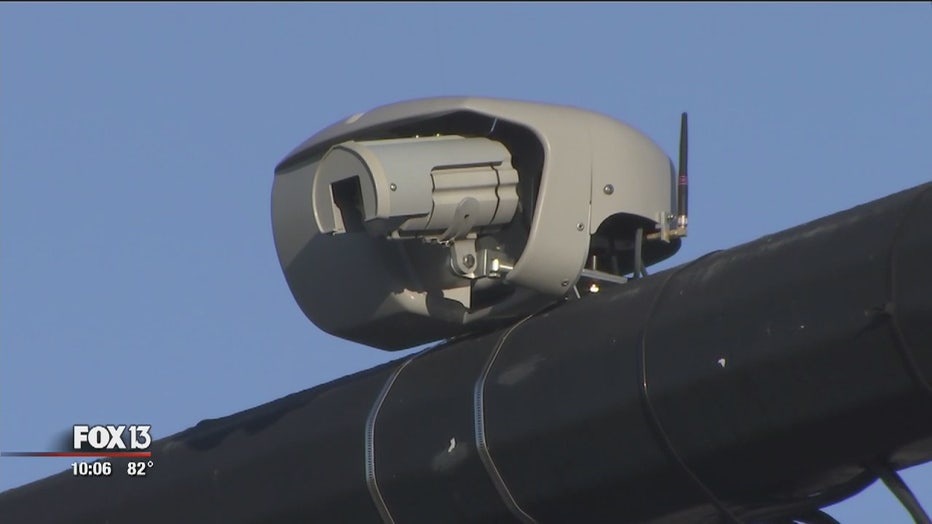 “This sensor can actually, not only detect vehicles for movements, but also compute whether or not the motorist is going to safely make the intersection, based on his or her speed and distance,” said Rao. "In other words, predict a red light run.”

Right now, the devices are only tracking vehicles. However, Rao wants approval to go one step further.

When the sensors flag a driver that likely will not stop at the light, every signal at the intersection would stay red for one to four seconds longer.

“I think that that small delay of one to four seconds could actually save their lives,” Rao said.

Rao took the research to the Florida Department of Transportation last week, requesting approval to activate the delay technology at the four intersections already equipped with sensors. FDOT is expected to make a decision about the program by mid-March.