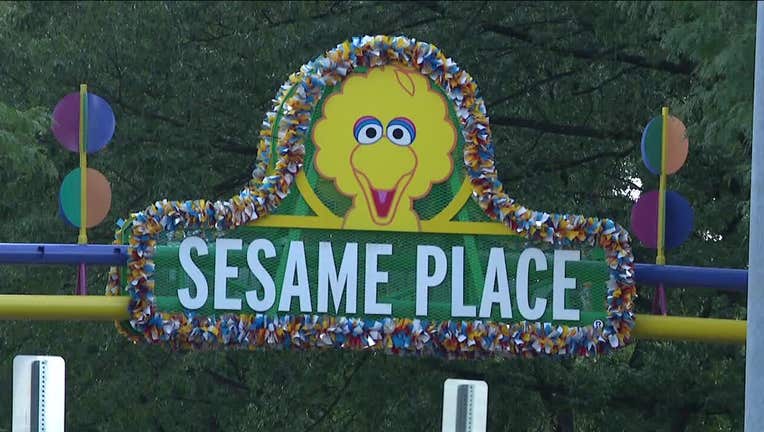 Langhorne, Pa. - Sesame Place is facing backlash after a mother posted a video online showing an experience her daughter and her daughter's cousin had at the theme park.

The video shows the two girls waving at the Sesame Street character "Rosita" before being ignored.

The mother alleges that the character ignored the girls, who are Black, but went on to hug other children waiting in the area.

The video has been viewed more than 315,000 times since being posted on Instagram.

According to the mother who posted the video, she asked Sesame Place employees if she could see a supervisor but she says she never did.

Since the video went viral, celebrities, including Kelly Rowland, have reacted on social media.

On Sunday, Sesame Place released a statement saying, "Our brand, our park and our employees stand for inclusivity and equality in all forms. That is what Sesame Place is all about and we do not tolerate any behaviors in our parks that are contrary to that commitment."

"The performer portraying the Rosita character has confirmed that the ‘no’ hand gesture seen several times in the video was not directed to any specific person, rather it was a response to multiple requests from someone in the crowd who asked Rosita to hold their child for a photo which is not permitted," the theme park said. "The Rosita performer did not intentionally ignore the girls and is devastated about the misunderstanding."

The park also says it has reached out to the family, apologized and invited them for a special meet-and-greet opportunity with the park characters.

"We apologize to these guests for not delivering the experience they expected and we commit to do our best to earn their and all guests' visit and support."

The mother reacted to Sesame Place's statement on social media, alleging that she's had no communication with the theme park since trying to confirm a time to speak.

She also says she believes the statement was released to save their appearance and reputation.

"The character could've just waved to everyone or just kept walking, but to blatantly look at my kids and say no! … He looked at them and said no!! So embarrassing and hurtful. I will repost this video everyday until the situation is handled."

Sesame Place issued a follow-up statement on Monday night that said it will "conduct training for our employees so they better understand, recognize and deliver an inclusive, equitable and entertaining experience."

Sesame Workshop, the nonprofit leader behind the production of the hit children's show, also shared a statement addressing the incident at Sesame Place, calling it "unacceptable."

"We have been in contact with Sesame Place, our licensed park partner, and they have assured us that they will conduct bias training and a thorough review of the ways in which they engage with families and guests," the statement read in part.

After the video went viral, more families began sharing similar experiences they had at the theme park.