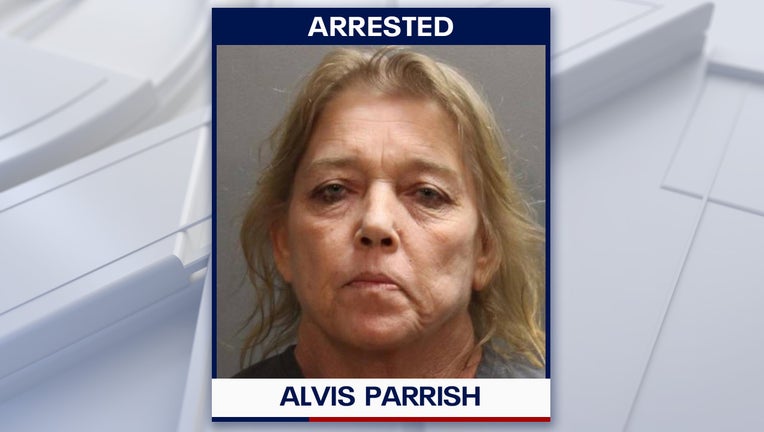 JACKSONVILLE, Fla. - A Florida woman told deputies she gave her boyfriend "just enough" poison in his lemonade to shut him up and then called law enforcement "so he wouldn't die," according to a police report.

Deputies with the Jacksonville Sheriff's Office said Alvis Parrish, 54, put a psychotic drug in the lemonade of William Carter, with whom she had been living with for nine years, on Dec. 7. She then called authorities.

When deputies arrived at her home, she was on the front porch and said she did it because he wouldn't shut up, according to an arrest report.

"I gave him just enough to shut him up and called y'all so he wouldn't die," said Parrish, according to the arrest report.

A deputy put her in handcuffs and Parrish continued talking. "Do whatever you want. If you don't take me, I will kill him," she said, according to the arrest report. The deputy reported she was speaking with a slur, as if she was intoxicated.

Parrish also wrote out what she had done in a notebook, according to the arrest report.

A deputy who talked to Carter described him as "extremely lethargic" but had difficulty interviewing him because he kept complaining about how tired he was, the report said.

Carter, 61, told the deputy the lemonade tasted funny but he said he did not know why Parrish would give him the drug since he didn't usually take it. A bottle of lemonade deputies found had a powdery substance at the bottom, the report said.

RELATED: Woman allegedly caught 'breastfeeding a cat' on a plane

Carter at first didn't want to go to a hospital, but he was taken to an emergency room after he collapsed to the floor, saying he was not feeling well.

Parrish is facing a charge of poisoning food or water with intent to kill or injure a person. Online court records show she has been appointed a public defender, but there was no listing for the attorney's name or contact information. Records show Parrish was still in jail Wednesday.