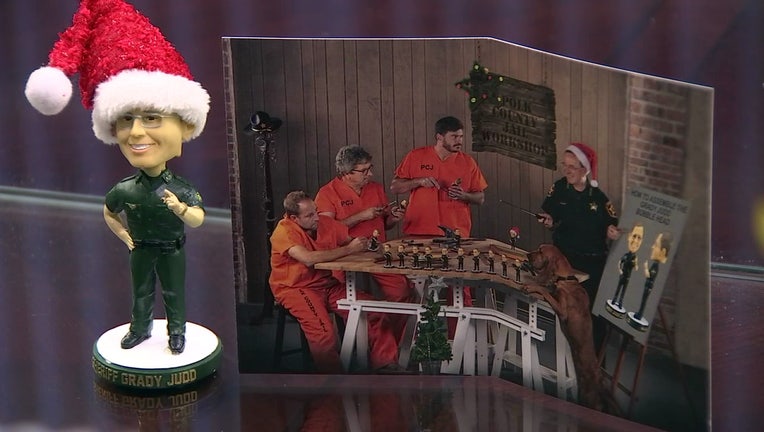 WINTER HAVEN, Fla. - It is a much-awaited holiday event, but it’s not the lighting of a Christmas tree or the arrival of Santa. It’s the unveiling of Grady Judd’s annual Christmas card.

This year’s card has the Polk sheriff instructing guys who are dressed up as jail inmates on how to make a Sheriff Grady Judd bobblehead.

The sheriff’s office has actually made bobbleheads of Judd and sold them to raise money for charity.

If you like to get your hands on a Judd bobblehead yourself, you’re going to get another chance to buy one. The sheriff’s office ordered another batch and will be selling them in coming months.