TAMPA, Fla. - It was a rainy morning over Tampa on Wednesday, but that set the stage for a rare spectacle. From its perch high above downtown, SkyFOX captured video of a fully round, 360-degree rainbow.

Rainbows form when raindrops in the atmosphere scatter the sun's light into its component colors. Usually, of course, we only see a portion of a rainbow because of the sun's position high in the sky.

Even under the best observation conditions – with the sun low on the horizon and directly behind you – the most you could see from the ground is a half-circle, 180 degrees.

But if you get airborne, things change.

Floating several hundred feet in the sky with the rising sun below you, a curtain of rain like the one over Tampa Wednesday would produce a full 360-degree rainbow. That's what SkyFOX caught on video, though you may have to squint at the footage a bit thanks to the raindrops on the lens.

Scattered morning showers are expected to continue across the Tampa Bay area over the next few days. 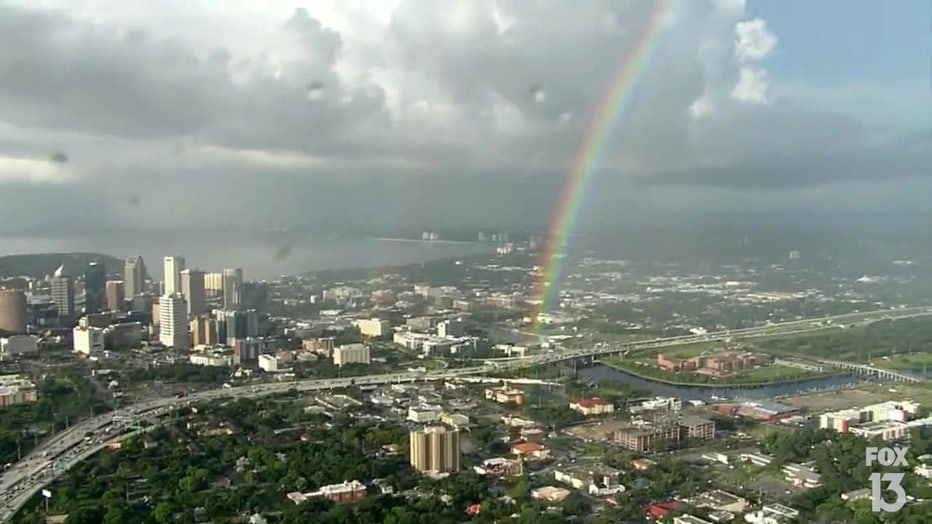