Son follows in footsteps of father in football

BRADENTON, Fla. - The impact Elton Strawderman left on football players at Bradenton Christian School can be felt beyond the grid iron. He died in January after complications due to COVID-19 and pneumonia.

Now, his son Nate Strawderman is following in his footsteps as the newly hired offensive coordinator for Bradenton Christian School. It's the same role his dad held.

"Walking out first game here is going to be a really hard moment for me personally," Nate said. "It’ll be the first season I haven’t coached with my dad."

His dad was known as Coach E, and he touched countless lives throughout his coaching career. Elton played his part as the offensive coordinator, and helped Bradenton Christian's football team go undefeated during a regular season.

Nate was by his side as an assistant coach.

"Relationships with the kids were everything to him," Nate said. "They loved him because he loved them so much and that’s the kind of heart that I have for these kids too." 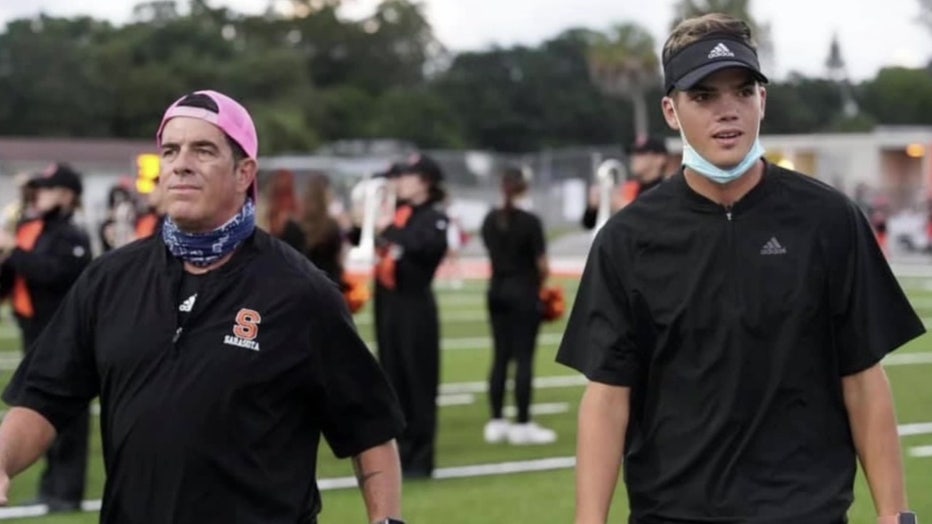 Elton passed away in January at the age of 49. Shortly after his father's passing, Nate got an offer from Bradenton Christian's Head Coach Scott Paravicini, giving him the chance to fill his dad's former position.

"Anything that you needed from Coach E, you got from him," Paravicini said. "Nate is the same way. Our kids love him, everybody loves him, and we are excited to see him succeed."

Nate accepted the position with plans to honor his father's legacy. 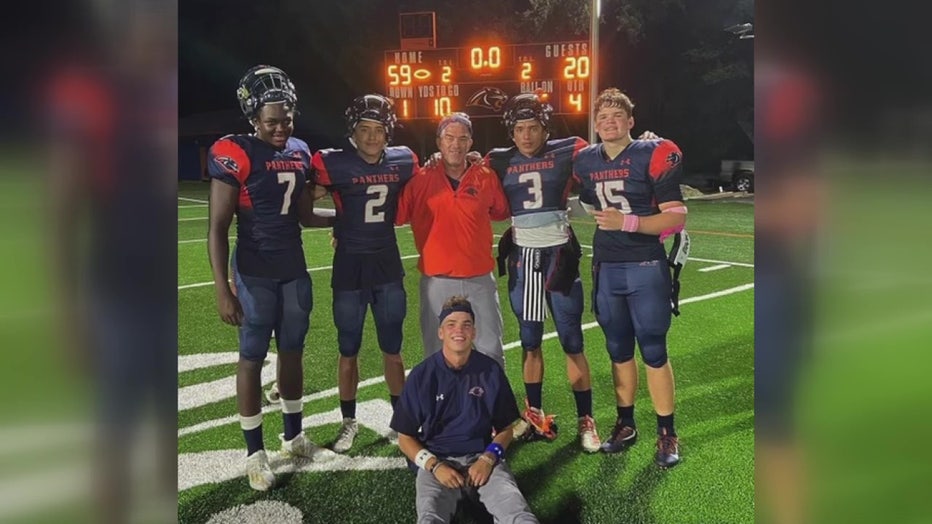 "I want to be like him and walk in those footsteps," Nate said. "To be the offensive coordinator here and to leave an impact on these kids who my dad looked up to and who I look up to it’s more than a blessing."

Nate had coached alongside his dad since he was a sophomore in high school.

Elton may not be here physically, but Nate knows he is with him always.