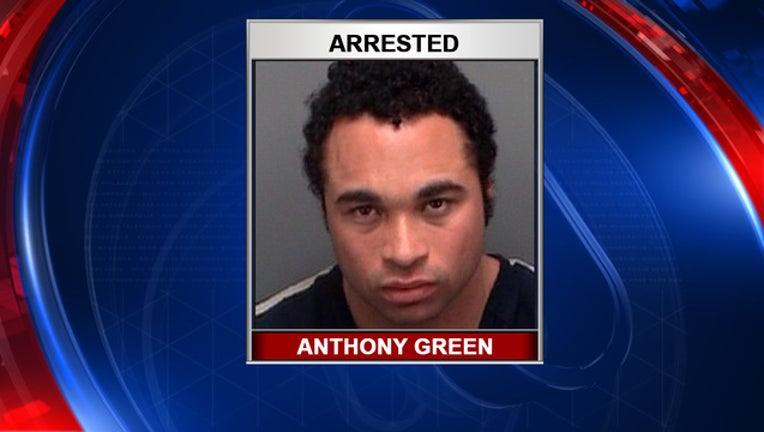 ST. PETERSBURG (FOX 13) - Police in St. Pete say one of their officers was found asleep and drunk behind the wheel of his personal car last night.

It was just before 11 p.m. when a Pinellas deputy spotted Officer Anthony Green's car stopped in the southbound lane of Gulf Blvd at Madeira Way.  According to SPD, the deputy discovered Green, 36, asleep at the wheel.

Green was charged with driving under the influence.  According to police, this is his second DUI arrest; the last was in 2009.