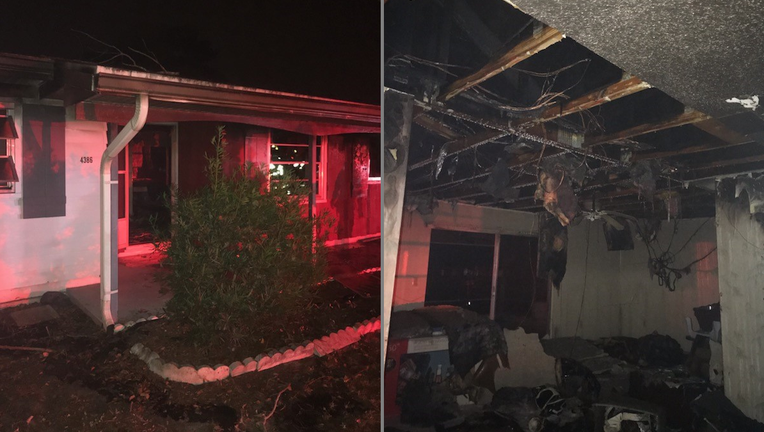 SPRING HILL, Fla. - A Hernando County home was heavily damaged in a fire that broke out Friday night.

Firefighters were called to a home on Cadbury Road in Spring Hill shortly before 10:30 p.m.

When crews arrived, they found heavy smoke coming from the home and the fire was spreading rapidly. Firefighters were able to knock down the fire, which started in the kitchen, in about six minutes.

Officials said the residents of the home were able to escape uninjured. The American Red Cross is assisting the occupants because the home is uninhabitable.

Firefighters told FOX 13 that the home did not have smoke detectors. Hernando County Fire Rescue wants to remind residents of the importance of having working smoke detectors in every home.